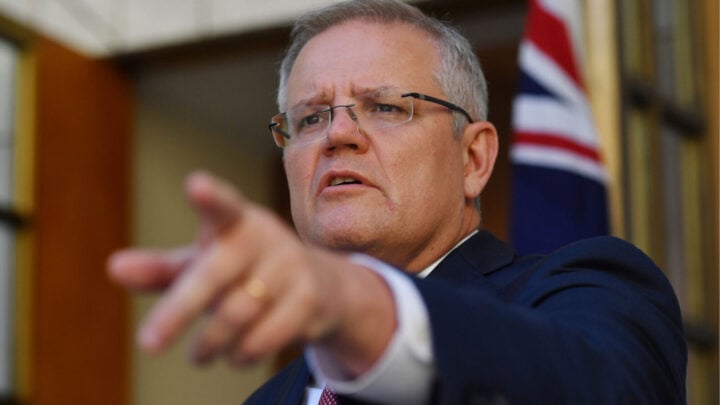 There was a glimmer of hope for Victorians this morning as the state’s cases dropped below 100 once again, with 73 new cases recorded in the past 24 hours. However the state also tragically recorded a further 41 deaths – 22 of which were reported to Victoria Health by aged care facilities over the weekend. The daily figures were announced just after 10am, with Premier Daniel Andrews expected to give an update on the state’s situation, including lockdown restrictions, later this morning.

“Let me say this very clearly – that Queensland will continue to have our borders closed to keep Queenslanders safe. I’m not going to be moved on this.”

The premier’s comments came as Queensland recorded just one new case of Covid-19 in the past 24 hours, with health officials confirming that the individual is a close contact of an existing case and was therefore already in self isolation. Meanwhile, in Western Australia, a man who skipped quarantine following a visit to Queensland has found himself slapped with a GPS tracking bracelet.

It seems the ongoing coronavirus pandemic has only bolstered the public’s support for state and territory leaders, however, as The Australian revealed that popular support for Prime Minister Scott Morrison has fallen for the first time since the health crisis began. The latest Newspoll results show that a huge 80 per cent of Australians support border closures, if the health situation demands it, despite the PM calling for states to reopen by Christmas.

Stepping away from Covid-19, the royal commission into the bushfire season is due to hand down its interim report today. The inquiry’s final report will not be finalised until October, due to disruption caused by the pandemic.

And in international headlines, SpaceX made history on Sunday evening as its Falcon 9 rocket became the first to launch to polar orbit from Florida’s Cape Canaveral since the 1960s, reports Space.com. This means that, while most launches from the air force station make use of the Earth’s spin, this mission will instead fly southward, along a flight path known as the polar corridor. The rocket is carrying the Argentinian satellite SAOCOM-1B.