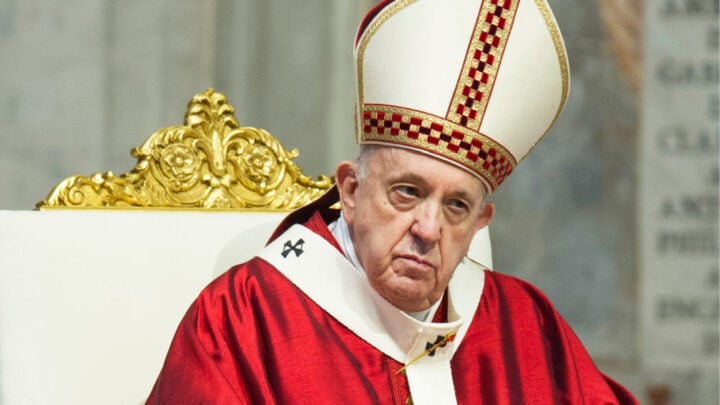 The pope made the comments in a new documentary. Source: Getty.

Today’s biggest story is the news that a drunk driver has pleaded guilty to four charges of manslaughter after his car ploughed into a group of seven children in the Sydney suburb of Oatlands in February, reports the ABC. Samuel Davidson, 30, was driving under the influence of drugs and alcohol when he lost control of his four wheel drive and killed siblings Antony, 13, Angelina, 12, Sienna Abdallah, 9, and their cousin, Veronique Sakr, 11.

Davidson appeared at Parramatta Local Court on Thursday and entered guilty pleas to four manslaughter charges, two counts of grievous bodily harm by misconduct in charge of a motor vehicle, and one of aggravated dangerous driving occasioning grievous bodily harm while under the influence of drugs.

Following the shocking incident, which also resulted in three other children being hospitalised due to their injuries, the father of the three children, Daniel Abdallah, spoke out and said his children had gone to a “better place”. “Please make sure you love your loved ones,” the grieving father said at the time. “Because you don’t know when.”

Meanwhile Pope Francis has made waves after seemingly throwing his support behind same-sex couples and calling for the creation of civil union laws to protect their rights. The head of the Roman Catholic Church made the comments in new documentary Francesco by Oscar-nominated director Evgeny Afineevsky, which is set to be released in Rome this week.

“Homosexual people have a right to be in a family. They are children of God and have a right to a family. Nobody should be thrown out or be made miserable over it,” the pope says in the film, according to AAP.

“What we have to create is a civil union law. That way they are legally covered. I stood up for that.”

The comments are the pope’s clearest to date in terms of support for same-sex couples and also differ from the official teachings of the Catholic church. Many people have heralded the statements as “a big step forward”.

And finally, turning our attention to the impending US presidential election, the FBI held a press conference on Wednesday evening in which they accused Iran and Russia of attempting to interfere in next month’s election and having obtained US voter registration information. Iran is also said to have posed as the far-right group Proud Boys to send intimidating emails to voters, reports CNN.

“This data can be used by foreign actors to attempt to communicate false information to registered voters that they hope will cause confusion, sow chaos and undermine your confidence in American democracy,” Ratcliffe said on Wednesday.

“We have already seen Iran sending spoof emails designed to intimidate voters, incite social unrest and damage President (Donald) Trump,” Ratcliffe added. “You may have seen some reporting on this in the last 24 hours, or you may have even been one of the recipients of those emails.”

It comes ahead of the final presidential debate which is set to take place at 9pm (ET) on Thursday, October 22, in Nashville, Tennessee. Following the last debate, which was largely dominated by both candidates speaking over one another, the decision has been taken to introduce a mute button which will allow both candidates to speak uninterrupted during their opening statements.