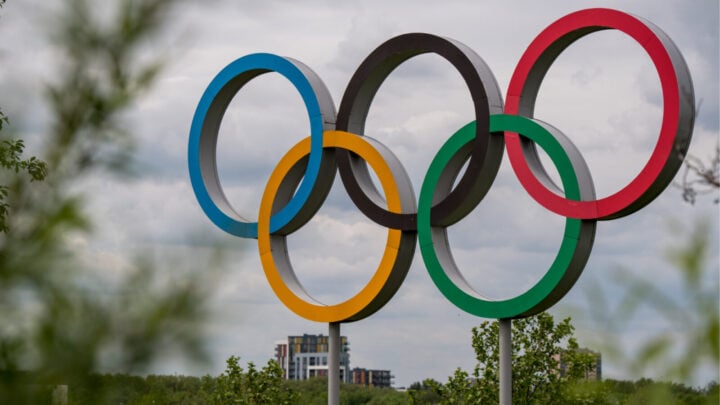 Beijing are hosting the Winter Games in 2022, but a UK politician is calling for a boycott. Source: Getty (stock image)

Today’s biggest headline is the tragic news that around 90 whales are believed to have died after around 270 mammals became stranded off the coast of Tasmania. The pod of pilot whales are marooned across two sandbars and one beach at Macquarie Harbour, in what is thought to be the worst event of this nature in more than a decade.

“We don’t really know how long this rescue is going to take. This morning’s phase will be critical in determining what is possible and then we’ll have to deal with other factors like weather, like tides and all that will come into it,” marine biologist Dr Kris Carlyon told The Guardian.

“We’re going to trial a couple of things this morning. We’re going to refloat several animals and assess behaviour. So this entire operation … depends on how these animals respond once they’ve got water underneath them and are free-floating.”

In other news, it seems Premier Daniel Andrews has earned the support of his fellow Victorians, despite receiving a barrage of backlash in the media and from rival politicians in recent weeks. The latest Newspoll results, published by The Australian, show that 62 per cent of Victorians agree that the Victorian Premier has handled the crisis well. It comes as the state recorded 28 new Covid-19 cases over the past 24 hours and a further three deaths.

The results also showed that 61 per cent of voters around Australia, including 57 per cent of Coalition voters, believe Victoria’s lockdown ­restrictions were appropriate.

And in international news, UK MP Sir Iain Duncan Smith is calling for Beijing to be stripped of the 2022 Winter Olympic Games. It comes as politicians around the world raise increasing concerns over China’s human rights record.

“I have asked that the IOC thinks again about hosting in China,” he said, reports the SMH.