Scientists develop nasal spray that could halt spread of Covid-19 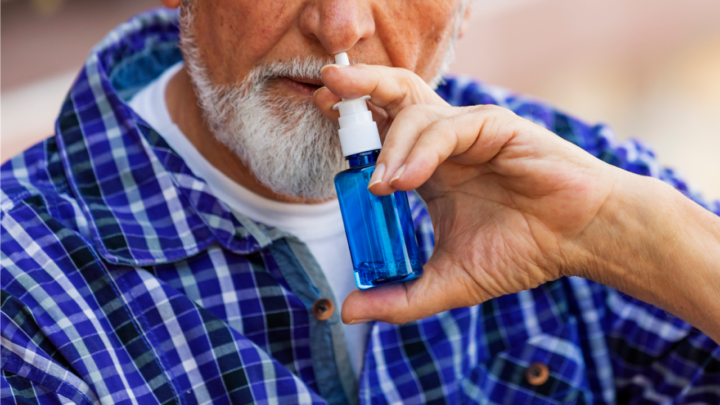 Scientists in the US have developed a nasal spray that they claim could slow the spread of Covid-19, as the world waits for a vaccine to be developed and approved.

Researchers from the University of California, San Francisco, have come up with a new way to tackle to the spread of the virus, which has so far resulted in the deaths of around 750,000 people worldwide.

According to a report published on the university’s website, a team of researchers, led by UCSF graduate student Michael Schoof, have engineered a completely synthetic, production-ready molecule that essentially “straitjackets” the virus before it infects our cells. In fact, the molecule is described as one of the most potent anti-virals against Covid-19 to yet be discovered in a new research paper.

Researches found that the molecule could be used in an aerosol form – dubbed ‘AeroNabs’ – and self-administered via inhaler or nasal spray. They claim that if used once daily, AeroNabs could provide powerful, reliable protection against SARS-CoV-2 until a vaccine becomes available.

“Far more effective than wearable forms of personal protective equipment, we think of AeroNabs as a molecular form of PPE that could serve as an important stopgap until vaccines provide a more permanent solution to COVID-19,” said AeroNabs co-inventor Professor Peter Walter.

The report goes on to explain that the idea to aerosolize the molecule came from nanobodies, which are immune proteins that occur naturally in animals such as llamas and camels. Nanobodies are much smaller than human antibodies and can be manipulated to perform specific tasks — such as attaching themselves to the spike proteins on the coronavirus, they explain.

“It’s effectively a really effective mousetrap. It binds to one of these spike proteins and never lets go,” co-inventor Aashish Manglik said.

It comes just days after Russia claimed to have approved the world’s first Covid-19 vaccine after just two months of human trials. President Vladimir Putin assured a press conference that the vaccine is safe, saying his daughter was one of the early recipients of the drug, dubbed Sputnik Five. However the ABC reports that the World Health Organization has urged caution on the vaccine.

Would you be willing to have a Covid-19 vaccine when one becomes available?