Not again! Shopper ‘discovers needles’ in two brands of strawberries 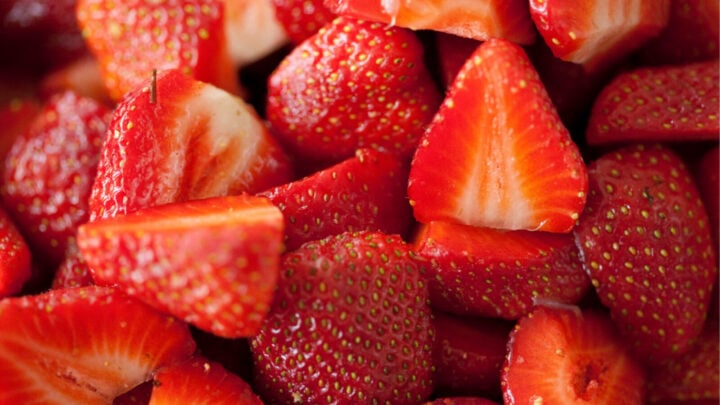 A worried shopper in Logan, Queensland, has sparked fears of another strawberry contamination scandal after he discovered two needles in two separate punnets of the fruit.

Raymond Kelly told 7News he contacted police after finding the needles in two punnets he bought from a Woolworths store in Meadowbrook on Wednesday. He said he found the sharp objects as he was making lunch for his daughter.

“She could have been hospitalised,” he told the news outlet. “Just sickening. I don’t know how anyone could do this.”

According to 7News, the supermarket giant removed products from the store’s shelves yesterday, however no further needles had been found in other punnets.

It comes two years after a strawberry contamination scandal rocked Australia, with punnets containing needles being found in Queensland, New South Wales and South Australia. There were almost 200 cases of contamination reported nationally.

The first victim came forward on September 9, 2018 in Queensland, with a friend revealing the individual had swallowed half of a sewing needle and been admitted to hospital.

“Just posting this as a warning to anyone that has bought strawberries (Berry Obsessions) from Woolworths recently,” Gane wrote on September 9. “Driving up to the coast when Hoani van Dorp bites through a strawberry and swallows half a sewing needle. We then checked the other strawberries and found another sewing needle lodged inside one of them.”

At the time, Gane said his friend was experiencing abdominal pain and explained he wanted to share the post so children didn’t have to endure similar pain.

“We are now at the ER because he subsequently started experiencing severe abdominal pain,” he continued. “Just being a helpful member of the community and making sure your children don’t have to endure what we have had to experience today. Please make your family and friends aware.”

In the weeks that followed, contaminated punnets were found in other states and even other types of fruit were reported to have been contaminated.

Were you affected by the contamination scandal in 2018?