Karl Stefanovic lashes out in controversial stand against experts 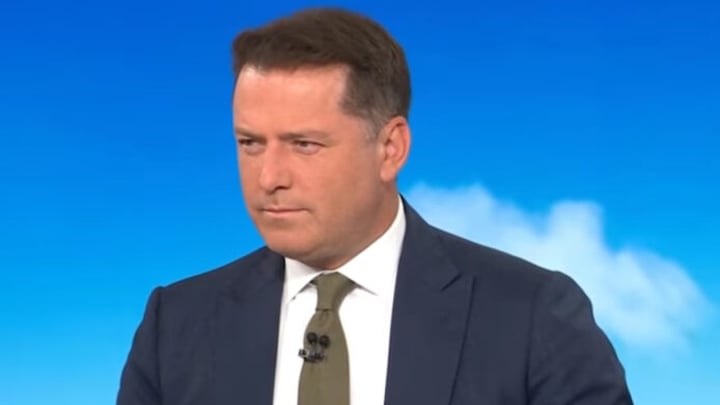 Karl Stefanovic has lashed out in a controversial stand against flu vaccines in a recent segment of The Today Show.

The controversial comments came during the television host’s recent interview with infectious disease expert, Nick Coatsworth, on Thursday, March 10. Stefanovic admitted he was “irresponsible” in what he was saying, but he revealed his opinion nonetheless.

“I know it’s irresponsible and I shouldn’t be saying it but I don’t want any more,” admitted Stefanovic.

Co-host, Sarah Abo, was quick to recover the tendentious comment, jokingly volunteering Stefanovic for the flu jab after the segment.

“You know better than that. We are booking Karl in for his flu jab after this segment,” said Abo.

Despite Stefanovic’s comment, Dr Coatsworth sympathised with the host, admitting that a number of people would be experiencing the same vaccination fatigue.

“That’s a view people will be having, that they’ve had so much health information that they just want to switch off for a while,” said Coatsworth.

Nonetheless, Coatsworth stood strong with his professional view that the vaccine is a necessary annual precaution.

“It’s an effective vaccine and it will make an impact for the population if we all get our flu jabs this year,” he said.

As it stands, the flu vaccine is advised to be taken yearly for all Australians over the age of six months.

Stefanovic is no stranger to a controversial viewpoint, having engaged in a number of heated arguments during his long-standing time as a TV host.

In a Today Show segment on booster vaccines last month, Stefanovic arked up about Australians right to choose whether or not they get the booster.

“Isn’t it up to personal responsibility and personal choice to some point?” Stefanovic asked infectious disease expert, Professor Robert Booy.

Stefanovic went on to reveal his frustration at the never-ending Covid-19 mandates.

“Do we have to mandate everything? Are we going to mandate every vaccination now that is required?” he asked, clearly unsatisfied with Australia’s current approach to controlling the virus.

Professor Booy candidly admitted he didn’t support a vaccine mandate for booster shots despite having received the booster in an effort to protect his family.

In a 2018, during a 60 minutes segment on parents who had lost children to the flu, Stefanovic made a plea to Australians to get the vaccine, seemingly contradicting his recent comments.