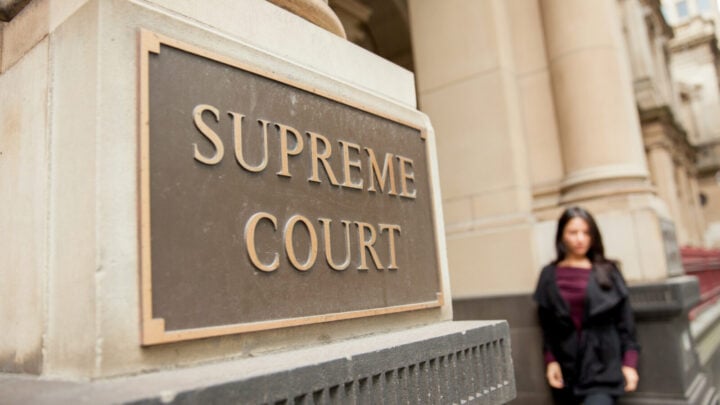 Supreme Court Judge, Kate McMillan, found that at the time of Maddock's will amendments, he was not in a mental state to make decisions of this capacity, despite his solicitor deeming him testamentary to change his will. Source: Getty

A Supreme Court Judge has found that a 97 year old decorated war veteran did not possess the mental capacity to grant his hairdresser more than $1 million dollars worth of property and cash.

According to The Age, the elderly Melbourne war veteran, Norman William Maddock, had amended his will three times in the 15 months prior to his death in June, 2020, while making his long-time friend and hairdresser, Marcia Reynolds, sole executor of his will, telling his solicitor he considered Reynold’s to be a daughter to him.

On top of his illnesses, the man had reportedly “suffered a series of falls and been diagnosed with a psychotic disorder, paranoid ideation, cognitive difficulties and low mood in the two years before his death”, as revealed by The Age.

Supreme Court Judge, Kate McMillan, found that at the time of Maddock’s will amendments, he was not in a mental state to make decisions of this capacity, despite his solicitor deeming him testamentary to change his will.

“Nor did [Naughton] obtain any information concerning [Maddock’s] significant health issues given that he was aware of the deceased’s age and strong personality, the financial position of [Mrs Maddock] and the deceased’s heavy reliance on [Reynolds].”

Notably, the multiple changes made by Maddock in the 15 months before his death saw the now deceased reduce the amount he had originally intended for his wife of 45 years (suffering with advanced dementia) and remove his adult children from his will entirely.

Before the three will amendments in question, “Maddock’s 2018 will appointed three executors, including Reynolds. That will left $25,000 to each of the executors, $180,000 to various charities and $600,000 to his wife. Of the remaining amount, 20 per cent would go to his son, 20 per cent to his stepdaughter, and 60 per cent to the Royal Children’s Hospital.”

The second change saw Maddock amend the will to appoint Reynolds as sole executor and half the $600,000 he originally intended to leave to his wife. The third and final change before his death saw Maddock make an even greater amendment to his will, awarding his Bentleigh East family home [valued between $1-$1.2 million) to Reynolds and employ a clause stating his wife had “sufficient monies for her needs”.

Unsurprisingly, his wife’s administrator and the couple’s two adult children contested the will, “while Marcia Reynolds sought a grant of probate to the final will”, her motion was dismissed.

McMillan ruled that at the time of the third and final change to Maddock’s will, he did not possess the mental capacity to make the change.

According to The Age, “the parties have until next month to make submissions on costs”.