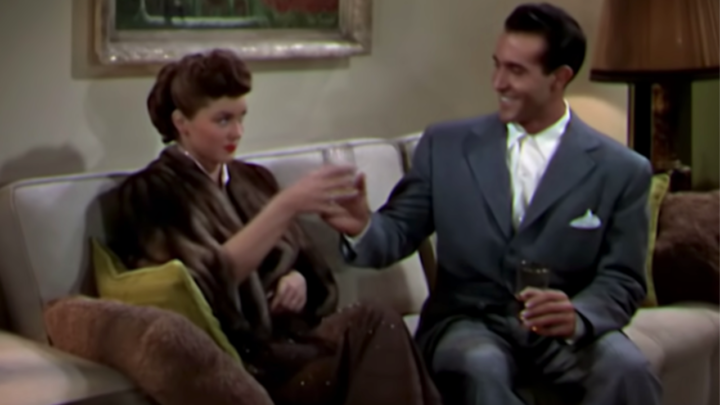 There are many aspects of the 1940s, ’50s and ’60s that might seem outdated today, or even inappropriate in a modern society, but while some people are happy to accept the changes, many people believe we’ve gone too far in our quest to be politically correct.

The latest thing to stoke the fire is a remake of classic Christmas tune ‘Baby It’s Cold Outside’, made famous by Dean Martin in the late 1950s. Written by Frank Loesser, the song featured in 1949’s Neptune’s Daughter, and has since been recorded by countless stars, including Tom Jones, Better Midler, Bing Crosby and Doris Day.

Now though, the song has become wrapped up in the #MeToo movement, with many people claiming that the lyrics can be interpreted as describing rape and drinks being spiked. The debate over the song’s controversial meaning has been going on for years, with some radio stations around the world even boycotting the tune last year, but this festive season it is set to be given a more wholesome makeover.

American singers John Legend and Kelly Clarkson have teamed up to record a new version of the song, with the All of You hitmaker even penning some new lyrics to boot. The reimagined song will be released as part of Legend’s new Christmas album A Legendary Christmas which will be released on November 8.

Some of the lyrics that have been scrapped include ‘Say, what’s in this drink? (No cabs to be had out there)’ and replaced with lines such as ‘… if I have one more drink? (It’s your body and your choice)’. Other updated lines include ‘I’ve gotta go away (I can call you a ride)’ and ‘My mother will start to worry (I’ll call a car and tell ’em to hurry)’.

Following the news of the update, Legend and Clarkson have been met with widespread backlash over the new lyrics, with people claiming that they’re “trashing” a classic. One person wrote on Twitter: “A remake of Baby Its Cold Outside? Are we still picking on this song? I’ll stick with the original. Dean Martin version please.The song “baby its cold outside” is being trashed by people with the #MeToo.”

Another person commented: “Lyrics linking to rape?!? I’ve heard “baby, its cold outside” thousands of times in my life and I have NEVER ONCE THOUGHT ABOUT RAPE?!

“Its not a date rape song. Now they are remaking it. Like wtf!! Its a beautiful song! Nothing need to be changed about it. Sorry this needs to be said. Stop ruining song and let it be! [sic]”

Dean Martin’s daughter Deena has also slammed the new version of the track her father recorded in 1959. According to NME, she appeared on UK breakfast show Good Morning Britain where she said: “You do not change the lyrics to the song. [Legend has] made it more sexual with those words he’s said. It’s absolutely absurd.

“I think what he’s done is he’s stealing the thunder from Frank Loesser’s song and my dad. He should write his own song if he doesn’t like this one, but don’t change the lyrics. It’s a classic, perfect song.”

British columnist Piers Morgan also hit out at Legend, and questioned why he has rewritten ‘Baby It’s Cold Outside’ but not, perhaps more offensive, rap songs written by some of his friends. He wrote in his Daily Mail column: “After all, it pales into insignificance compared to the shockingly sexist and misogynist lyrics of so many current rap and pop stars.

“Snoop Dogg sang: ‘B****es ain’t s**t but hoes and tricks, lick on these nuts and suck the d**k. Eminem sang: ‘Sl*t, you think I won’t choke no w***e, til the vocal cords don’t work in her throat no more. And as for Pharrell Williams’ Blurred Lines collaboration with Robin Thicke, he’s since admitted the lyrics including ‘I hate these blurred lines, I know you want it’ were ‘rapey’ .”

What do you think of the new lyrics? Does the remake anger you?