Ivana Trump cause of death revealed 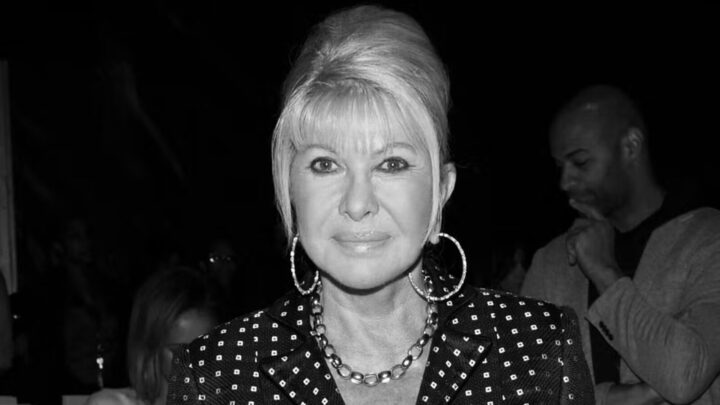 Ivana Trump was 73 when she passed. Source: Twitter @disclosetv

More information has come to light regarding the death of Ivana Trump, socialite and ex-wife of former US President Donald Trump, whose body was found next to a cup of spilled coffee by her building’s maintenance man.

According to New Your City’s chief medical examiner, Ivana’s death was caused by “blunt impact injuries” to her torso as a result of a fall.

The New York Police Department has also ruled out the possibility of an attack, as there did not “appear to be any criminality” related to her death.

As per official police statements, paramedics had discovered the 73-year-old at the bottom of her staircase at her Upper East Side home after receiving a 9-1-1 call about an “aided individual” who was found “unconscious and unresponsive.”

Ivana was pronounced dead at the scene.

Friends close to Ivana have said the socialite was already suffering from hip pain and had mobility issues, claiming she often needed a personal aide to help her walk around the neighbourhood.

It was her ex-husband, Donal Trump, who announced her death via social media: “I am very saddened to inform all of those that loved her, of which there are many, that Ivana Trump has passed away at her home in New York City,” Trump wrote in a post on Truth Social, his social media platform.

“She was a wonderful, beautiful, and amazing woman, who led a great and inspirational life,” he continued.

“Her pride and joy were her three children, Donald Jr., Ivanka, and Eric. She was so proud of them, as we were all so proud of her. Rest In Peace, Ivana!”

Her children mourned the loss of the Czechoslovakian-born Trump, who was a businesswoman in her own right and owned lines of clothing, beauty products and more to her name.

“Our mother was an incredible woman—a force in business, a world-class athlete, a radiant beauty, and caring mother and friend,” the Trump family said in a joint statement.

“Ivana Trump was a survivor. She fled from communism and embraced this country. She taught her children about grit and toughness, compassion and determination. She will be dearly missed by her mother, her three children, and 10 grandchildren.”

Heartbroken by the passing of my mother. Mom was brilliant, charming, passionate and wickedly funny. She lived life to the fullest — never forgoing an opportunity to laugh and dance.

I will miss her forever and will keep her memory alive in our hearts always. ❤️ pic.twitter.com/EyhrLNLUJw

Ivana and Donald Trump married in 1977 and had three children together, Donald Trump Jr., Ivana Marie Trump, and Eric Trump.

The two divorced in 1992 in the aftermath of her ex-husband’s tabloid affair with Marla Maples -who later became Donald Trump’s second wife and mother of their daughter, Tiffany.

Prior to her death, Ivana released an autobiography in 2017, titled Raising Trump, that detailed her early life and raising her children with Donald Trump.