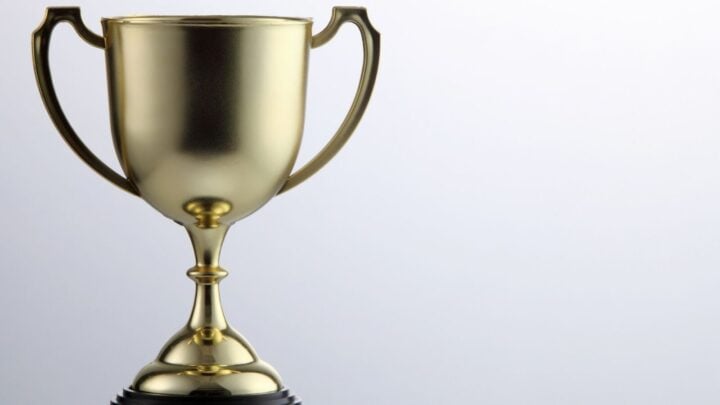 The winners of the 28th Annual Ernie Awards for Sexism were announced on Thursday evening and there were a few familiar faces popping up in the top spots this year including a disgraced former footy star, a top police officer and an entire cohort of private school boys.

The awards are celebrated every year by 300 women who come together at a dinner in NSW Parliament House to judge the most sexist remarks by public figures during the previous year. Due to Covid-19 this year however, the inaugural dinner was postponed and the winners were announced online.

Taking home the top prize, the Gold Ernie, was the CEO of the Australian Federation of Travel Agents Jayson Westbury who objected to Tracy Grimshaw’s reporting of a travel industry refund scandal by saying: “She needs to be given a firm uppercut or slap across the face”. Westbury’s fiery comments won themselves two prizes on the night as it also took out the Industrial Silver Ernie, only to be outdone by One Nation’s Mark Latham who won The Trump prize for repeat offending throughout the year.

In politics, One Nation Senator Malcolm Roberts won the Political Silver Ernie for his comments on the family law system: “But when you’re a father, and you can’t get access to your kids, and you can’t get access to the legal system properly, what else is there to do other than check out or hurt the other person?” Meanwhile in sport, former rugby star Israel Folau scored top points for saying the bushfires were “God’s punishment for legalising abortion and same sex marriage”.

The Celebrity/Clerical Silver Ernie (dead hat) prize was shared by two winners this year including the Council of the Order of Australia for awarding Bettina Arndt an AM for “significant service to the community as a social commentator, and to gender equity through advocacy for men”, and the Shore School for Boys for their recent ‘Triwizard Shorenament’  that challenged students to have sex with a woman over 80kgs; aged over 40; or who is deemed to be a “3/10 or lower”.

On the judicial side of things, Queensland Deputy Inspector Mark Thompson’s comments about police keeping “an open mind” following the murder of Hannah Clarke and her three children at the hands of her estranged husband were under the spotlight where he said: “Is it an instance of a husband being driven too far by issues he’s suffered by certain circumstances into committing acts of this form?”

Hannah Clarke’s murder was brought up again under the Elaine award which is handed to women in the public who have made sexist remarks after Bettina Arndt said: “Congratulations to the Queensland police for keeping an open mind and awaiting proper evidence, including the possibility that Rowan Baxter might have been ‘driven too far’.”

The Elaine was also awarded to Pauline Hanson who spoke of women fabricating stories of domestic violence saying: “A lot of the women out there abuse the system by instigating false DVOs against their former partners or their husbands. They use that to further their needs… Domestic violence orders have got completely out of hand”.

And to end on a lighter note, actor Sam Neill was handed The Good Ernie (For Boys Behaving Better) thanks to his open defence of women when he was quoted saying: “I actually think it would be better if men just shut up for a while…Resist the urge to shout over the top of women. Stop being boofheads. And bullies… And when someone says “You’re not the boss of me” you better believe it. You’re just a guy that messes up the house or the office.”

Do you think these awards are a good idea?