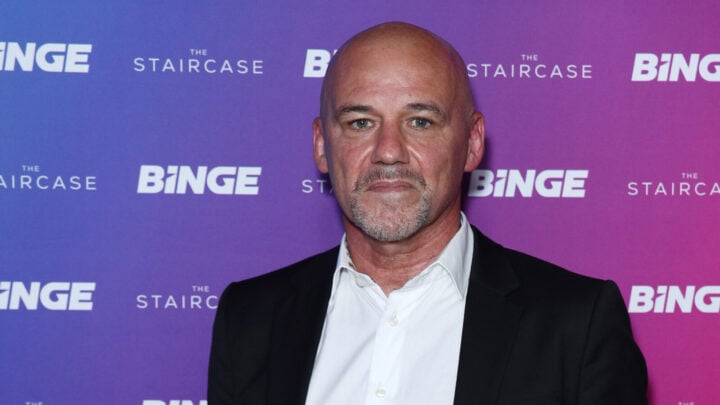 On his second day in the witness box, Jubelin was pressed by Spedding’s barrister, Adrian Canceri regarding alleged threats made by the top cop. Source: Getty Images.

Spedding is suing the state of New South Wales and seeking damages for wrongful imprisonment and malicious prosecution after was named as a person of interest in the disappearance of William Tyrrell following a visit to the home of William’s foster grandmother to repair a washing machine, only days before the three-year-old vanished.

Police raided Spedding’s home and business in 2015 and later charge him over historical allegations that he had sexually assaulted two children in 1987, a court at the time found the claims had been fabricated and the children were allegedly “coaxed” into making the statements.

Spedding spent 58 days behind bars before he was cleared of any wrongdoing and found not guilty of all charges in 2018. He was never charged in relation to William Tyrrell’s disappearance and has denied any involvement.

During his second day in the witness box, Jubelin was pressed by Spedding’s barrister, Adrian Canceri, regarding alleged threats made by the top cop during the course of the investigation.

“I made no threats to Mr Spedding,” Jubelin replied.

Jubelin also denied that he told Spedding that his name would be forever associated with the disappearance of William Tyrrell.

“I didn’t say that,” Jubelin said when questioned by Canceri.

Canceri made the suggestion that Jubelin was “desperate” to solve the disappearance of William Tyrrell, which led him to allegedly threaten Spedding. Jubelin rejected the suggestion claiming, “I’m a professional detective”.

“I’d been investigating homicides for almost 25 years at that stage. And this is pressure that I’m not unaccustomed to,” Jubelin told the court.

Jubelin had earlier denied claims that the charges were part of a “strategy” to put pressure on Spedding regarding the disappearance.

“The evidence gathered by the police investigating that complaint or offence was sufficient to warrant that person being charged,” Jubelin told the court.

“As a police officer, if we uncover an offence and investigate that offence, we don’t have the autonomy to say we don’t prefer a charge.”

Jubelin conceded, however, that the charges did have a profound impact on Spedding’s life when pressed by Spedding’s barrister, Adrian Canceri.

“You would agree that, after he was charged with those offences, he was seen as a paedophile,” Canceri asked.

“I think that’s a fair comment, the amount of media attention on it, yes,” Jubelin replied.

Spedding has previously claimed that the ordeal as well as the intense media and public scrutiny had a profound effect on his mental health.

“When it was all going on it was quite depressing, very depressing,” he said.

“I’ve got to force myself to do things. It’s an effort to get in and do anything.”

William Tyrrell vanished from his foster grandmother’s house in New South Wales on September 12, 2014. He had been playing in the front yard of the property in Kendall, and was wearing a Spider-Man suit at the time of his disappearance. Despite extensive investigations and an exhaustive search by hundreds of volunteers and emergency service workers, the then three-year-old has not been found.