How a single protein could provide a cure to hair loss 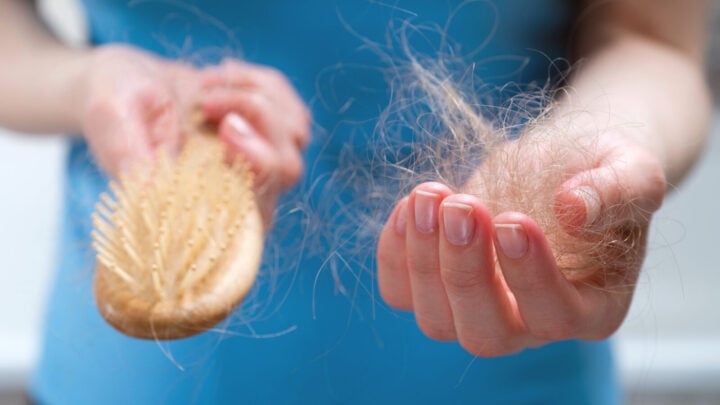 Researchers made the discovery while examining hair follicles that have the automatic ability to regenerate. Source: Getty Images.

It’s estimated that more than 55 per cent of women and 85 per cent of men will develop some degree of hair loss in their lifetime.

Although there are a number of treatments on the market that promise effective results, scientists from the University of California (UC), Riverside believe a protein called TGF-beta could hold the key to “potentially” curing baldness.

Researchers made the discovery while examining hair follicles that have the automatic ability to regenerate. The research team discovered that this process is governed by the TGF-beta and that the amount of this protein can determine whether the hair follicle lives or dies at the cellular level.

#Technology #HealthCare New Stem Cell Research Could Cure Baldness, Scientists Say: The study has discovered that a protein known as TGF-beta can turn on or off hair stem cells, making them grow or die. https://t.co/PiCcobdf3z

“Even when a hair follicle kills itself, it never kills its stem cell reservoir. When the surviving stem cells receive the signal to regenerate, they divide, make new cell and develop into a new follicle.”

The amount of the protein can make the difference when it comes to potentially re-growing hair and if scientists are able to determine how “TGF-beta activates cell division, and how the chemical communicates with other important genes” it could be possible to activate hair growth.

The findings also have implications for the healing of wounds, with Wang highlighting that the study’s findings “could offer something to help people suffering from a variety of problems”.

“In science fiction when characters heal quickly from injuries, the idea is that stem cells allowed it,” Wang said.

“In real life, our new research gets us closer to understanding stem cell behavior, so that we can control it and promote wound healing,” Wang said.

This recent study isn’t the only findings from the University of California that offer a possible cure for baldness.

Recently, University of California, Irvine-led researchers discovered that a signaling molecule called SCUBE3 could stimulate hair growth and may provide possible treatment options for androgenetic alopecia, a form of hair loss experienced by both women and men.

“We revealed that the SCUBE3 signaling molecule, which dermal papilla cells produce naturally, is the messenger used to ‘tell’ the neighboring hair stem cells to start dividing, which heralds the onset of new hair growth.”

Further testing backed up the findings that SCUBE3 activates hair growth in humans.