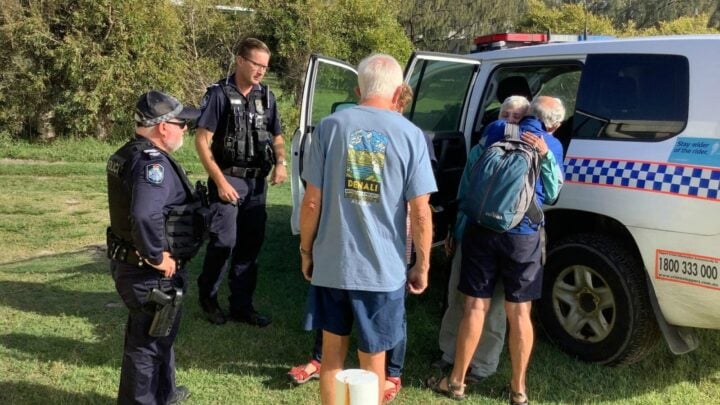 A woman, aged 73, has been found safe and well by police, four days after she went missing whilst hiking with friends on Fraser Island.

Madeleine Nowak became separated from her friends around 3.30pm on Wednesday afternoon, triggering a wide-scale search and rescue response on the island. However, Queensland Police issued a statement on Sunday morning confirming that they had located Madeline “safe and well”.

“73-year-old Madeleine Nowak became separated from the group, survived three nights before coming across a campsite where campers notified police,” Qld Police said in a statement. “The search effort involved a number of personnel from National Parks and Wildlife, State Emergency Service and LifeFlight.”

Qld Police later took to social media to share a picture of Madeline reuniting with her husband. “The moment 73-year-old Madeleine Nowak was reunited with her husband this morning after spending three nights in the Fraser Coast bushland,” they captioned the post.

Facebook users were quick to jump on the post and praise Qld Police and other search parties for their efforts, with one writing: “Thank goodness! Well done to all of the searchers! Great job and great result!