World’s most powerful passports for 2021 revealed 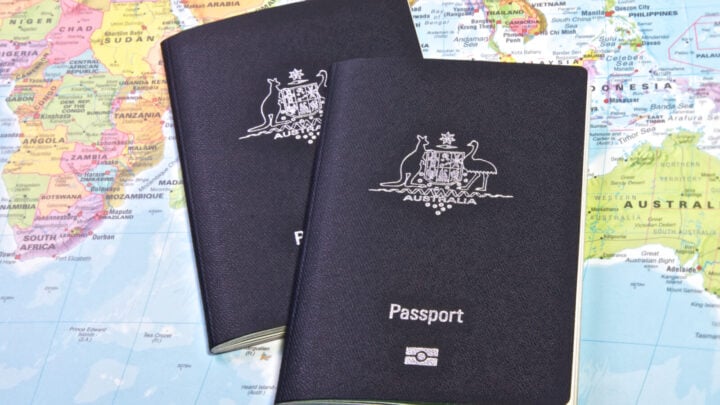 The Australian passport is regarded as one of the world's most powerful passports of 2021. Source: Getty.

Once Aussies are allowed to jet off on international holidays once again, they can rest assured because the Australian passport is regarded as one of the world’s most powerful passports for 2021.

Although Australia didn’t make it into the top five, the Land Down Under did boost its ranking in the Henley Passport Index by one spot to equal eighth.

Aussies are now able to enter 184 countries without a visa. Australia shared its ranking with Czech Republic, Greece and Malta.

The assessment of a nation’s passport power is based on the number of countries a holder can travel to without needing a visa, or with the ability to obtain a visa on arrival.

Meanwhile, the top-ranked passport this year went to Japan, for the fourth year in a row, with a score of 191. This was followed closely by Singapore on 190, Germany and South Korea on 189, Finland, Italy, Luxembourg and Spain on 188, and Austria and Denmark rounding out the top five with 187.

France, Ireland, the Netherlands, Portugal and Sweden all came in at number six, with visa access to 186 countries, while Belgium, New Zealand, Norway, Switzerland, the United Kingdom and the United States placed seventh, with a score of 185. Canada and Hungary rounded out the top 10, with scores of 183 and 182 respectively.

Meanwhile, the worst countries on the list included Somalia and Yemen, coming in at 106th on the list with visa access to just 33 countries, Pakistan with 32, Syria with 29, Iraq with 28, and – in last spot – Afghanistan with 26.

“The information provided here reflects the 2021 Henley Passport Index ranking on January 5, 2021, and in certain instances coronavirus-related travel bans may take precedence over the visa information recorded here,” Henley and Partners said in a statement.

Where does your passport feature on the list? Where would you like to travel once restrictions ease?