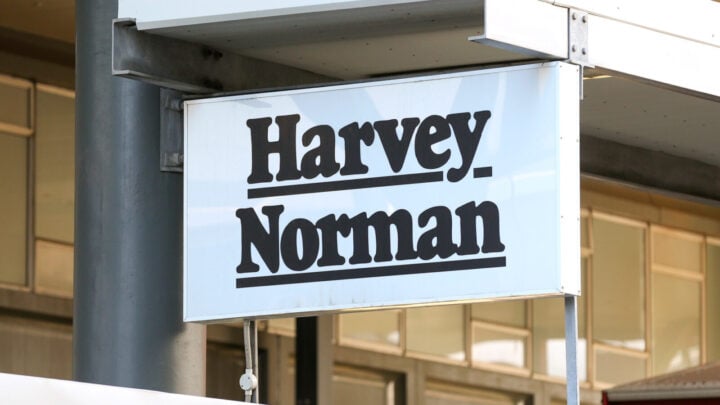 Harvey Norman made the announcement in its annual report released on Tuesday morning. Source: Getty

Harvey Norman has repaid $6 million in JobKeeper subsidies to the federal government following a year of record sales and earnings for the business.

The furniture and electric giant made the announcement in its annual report released on Tuesday morning, revealing it had paid back $6.02 million in JobKeeper subsidies.

“Subsequent to the year-end, in August 2021, all of the wages support and assistance received by controlled entities in Australia of $6.02 million (FY21: $3.63 million and FY20: $2.39 million) was repaid to the Federal Government via the Australian Taxation Office,” a footnote in the annual report states.

“No provision has been made in the Statement of Financial Position as at 30 June 2021 for this post year-end repayment. “

Meanwhile, in February, Harvey Norman reported a net profit after tax of $462 million for the last six months of 2020 – up 116 per cent on the same period in the previous year. Sales over the same period were also up 25 per cent.

The move comes after the company and Harvey Norman founder Gerry Harvey copped heavy criticism for refusing to pay back JobKeeper payments to the government.

In an article published in The Australian in February, the Harvey Norman chairman claimed the company had received $3.6 million in JobKeeper payments but would not repay the government as his business would be paying higher taxes due to its profit rise.

“The government wanted companies to come out in good health and they put JobKeeper in and it worked well for the economy so in terms of what we received it was a tiny amount of money so we have got no reason to,” he said.

At the time Labor Shadow Treasurer Andrew Leigh rebuked the businessman’s claims on the JobKeeper figures and urged him to cough up the cash.

“Australian taxpayers gave Harvey Norman and franchisees $22 million in JobKeeper,” he wrote on Twitter. “They don’t need a cent of it, and should repay it today.”

Some Australian companies, including Nine Entertainment, Domino’s, Super Retail Group and Toyota, that recovered from the initial sales slump in 2020, have voluntarily repaid JobKeeper payments to Canberra. All reported a smaller profit than Harvey Norman over the last half of 2020.

Harvey Norman isn’t the only company that’s copped backlash for refusing to pay back government handouts.

In the UK, fashion designer Victoria Beckham copped backlash after applying for government funding to pay employees during Britain’s March 2020 lockdown. The former Spice Girl, who is married to footballer David Beckham, is worth $596 million and was lambasted for asking for handouts while posting photos of herself self-isolating with her family at their luxury Oxfordshire home.

She later withdrew her request, saying the board and shareholders in her Victoria Beckham business, which sells high-end apparel, accessories and makeup, had found a way to cover costs and keep staff on the payroll.

Virgin founder Sir Richard Branson also drew criticism after pleading with the UK government to give his Virgin Atlantic airline a $891 million bailout to help it survive the coronavirus pandemic and the economic fallout of the lockdown. Critics noted that Branson has not paid personal tax in the UK since moving to the tax-free haven of the British Virgin Islands in 2006.

The British government eventually rejected Branson’s request for financial aid because the company had failed to first seek investment elsewhere.

Have you been following this story? Do you think high-earning companies should repay JobKeeper?