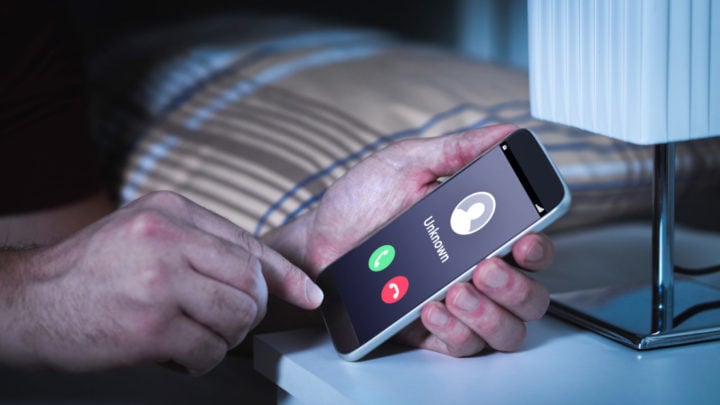 A Western Australian grandad was left $10,000 out of pocket after falling victim to a scam. Source: Getty

A grandad was left thousands of dollars out of pocket after falling victim to a cruel scam when he was contacted on his landline by someone who claimed to be from the National Broadband Network (NBN).

According to Nine News, the scammers knew all of 77-year-old Dean’s personal details and subsequently tricked him into believing his new internet service was experiencing problems – with them claiming he would be compensated for the difficulties.

However, instead of receiving money the Western Australian grandad found himself empty handed as $10,000 was reportedly withdrawn from his bank account.

Speaking about the incident, Dean explained to Nine News he was told by a person who claimed to be from the NBN that he would be refunded $300. His call was then transferred to a fake worker, claiming to be from Telstra.

While the retiree said he was skeptical that something suss was going on, it was too late and within moments the scammers had gained access to his computer and withdrawn $10,000 from his credit card.

“They’ve taken money that I haven’t got,” a distraught Dean told Nine News. “They’re low lives and they’ve got to understand that they should be in the gutter.”

Sadly Dean isn’t the only one who has fallen into the trap. A further two Western Australian seniors were recently conned out of tens of thousands of dollars by people claiming to be from NBN or a telco.

According to the Western Australia Consumer Protection, just like Dean’s situation, the scammers gained access to their computers and bank accounts while preventing them from making calls to their family or their bank.

An 81-year-old man received a call from a scammer just a day after being connected to someone claiming to be from the NBN and told his computer was infected with a virus which needed to be removed immediately. After gaining access to his computer, they proceeded to make three withdrawals from his bank account amounting to $37,000.

The scammers kept the victim on his landline for the majority of the day and told him to turn off his mobile phone for a number of days as it was also infected. Thankfully, his bank manager was able to recover a $10,000 payment, however the rest is yet to be tracked down.

In a similar case, an 82-year-old man lost $19,000 to scammers after being contacted by a person – again claiming to be from the NBN – who passed him through to someone supposedly from Telstra. They accessed his computer, made the unauthorised withdrawal and told him to turn off his mobile phone.

Shocked by what has occurred, Commissioner for Consumer Protection David Hillyard advised people to be wary of phone calls and if in doubt contact the telco directly to verify it’s genuine. He explained to be safe, Aussies should not allow anyone access to their computer in case it is a scammer.

“We want people to be aware that new NBN connections are listed on the internet, so scammers can target people in those areas knowing that they will more readily accept that they are talking to a genuine person from NBN or that their provider is calling them about the recent connection,” he said.

“It’s a trick that appears to be successful in duping people into cooperating with their demands which unfortunately results in a financial loss that people in our community, particularly seniors, can least afford.

“Under no circumstances should anyone grant access to their computer to a third party no matter who they say they are and especially if they have called out of the blue.”

Have you received a suspicious phone call from someone claiming to be from the NBN? Have you ever fallen victim to a scam?