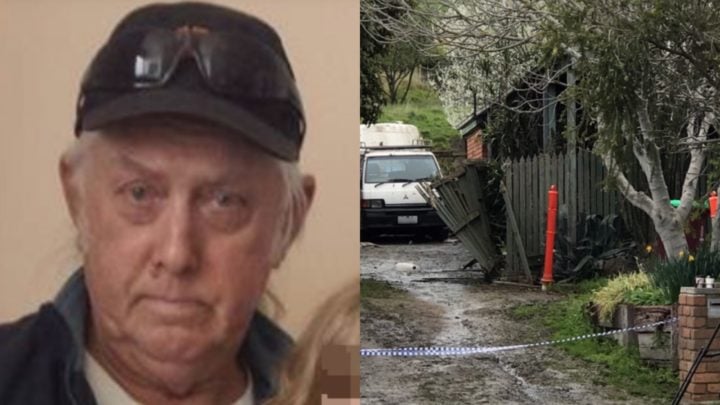 A beloved Aussie grandfather has been remembered as a hero after tragically dying in a house fire while trying to save his young granddaughter.

Emergency services were called to the family home in Endeavour Hills, Victoria, just before 10pm on Sunday, but the body of a 71-year-old man – named as Gary Van Bree, 71 – was later found inside. Police confirmed the cause of the blaze is yet to be determined.

Now a neighbour and close family friend has claimed Gary lost his life after running back into his home when he realised his granddaughter hadn’t followed him out of the blaze like he’d originally thought.

According to the Herald Sun, Gary was living with his 27-year-old daughter Natalie and her two children, Kristina, seven, and Wyatt, four. Sophea told the news outlet he was trying to save Kristina when he sadly died.

“He was a kind man and he was actually trying to save his granddaughter at the time of the fire,” she added. “He got her out but unfortunately didn’t get himself out.”

Natalie was reportedly awake when the fire broke out and was able to wake her family up. “She got the kids out of bed and the grandfather yelled at the granddaughter to get out of the house,” Sophea added.

The kind-hearted neighbour has since set up a fundraising page for the family, describing Gary as “a much loved father, brother grandfather neighbour and friend”.

“I’m seeking donations for his daughter Natalie and his 2 grandchildren who have been left with nothing but the clothes on their backs,” she added on the GoFundMe page. “Natalie is a single mum and is struggling with the loss of her beautiful father…

“So donations of any form to help cover funeral costs would be much appreciated. My condolences go out to the family, and a warning to all family’s (sic) please check your smoke alarms.”

“He was yelling at Kristina to get out of the house… she went back for him and he told her to get out.”

Kristina was reportedly taken to Dandenong Hospital for an assessment but has since been discharged. The rest of the family are believed to be unharmed.

Friends have since shared messages of support on the fundraising page, with one commenting: “Wishing you all the best and think of the happy times with hero Dad.” Another added: “So sorry for their loss.”

Do you have a message for the family?