‘Ghostly’ blood red eclipse will be visible over Australia tonight 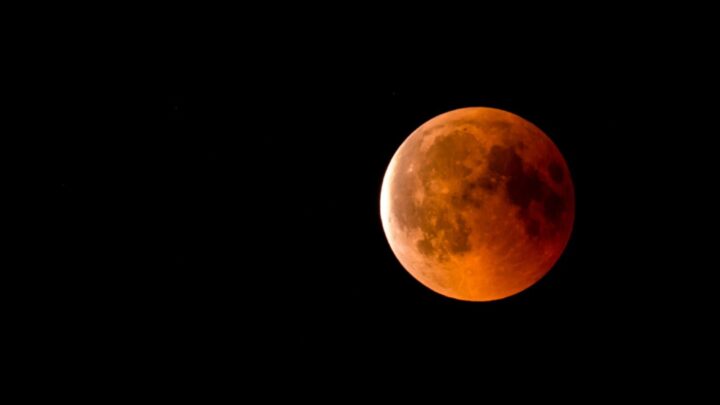 Take a step outside this evening, Friday, November 19, around sunset and you just might be lucky enough to witness a once in 500 years celestial phenomenon – the moon changing colour into a ‘ghostly’ blood red.

Unlike a solar eclipse, you won’t need special glasses to witness this spectacular experience.

This partial lunar eclipse will be the longest since the 15th century. Speaking to ABC News, amateur astronomer Ian Musgrave said, “it’s going to be a very nice twilight eclipse”.

Tonight’s eclipse comes six months after the rare super blood moon, which was visible in all parts of Australia.

The eclipse will start at 6.18pm (AEDT) before moonrise and be visible for most of Australia, except south-west Western Australia, with the spectacle expected to last for a whopping 3 hours and 28 minutes.

Moongazers unite! The longest partial lunar eclipse of this century will occur overnight, peaking early Nov. 19 at 4:03am ET (09:03 UTC).

Find out what parts of the world will be able to see it: https://t.co/wEuWtoZCMl pic.twitter.com/xtXjwbgvnl

How much of the moon you get to see and what the moon will look like will be very different across other parts of the world. If there’s more light in the sky, it may be harder to notice the change in colour, some people might see a more “pinkish moon”, says astronomer Dr Tanya Hill of the Melbourne Planetarium.

“Because we’ve got that moonrise and sunset issue, [what it looks like is] going to be absolutely dependent on your location if you want to know the precise timing,” she says.

Here’s a rough guide to what you’ll see across all local time zones.

As the moon rises over Sydney and Canberra

8.03pm- eclipse at its maximum

9.45pm- eclipse is visible in all states and territories

8.12pm- the eclipse will have already reached its maximum by this time. There might be a struggle to see the first 20 minutes to half an hour

8.17pm- like Melbourne, the moon will have already reached its maximum as it rises over the horizon over Hobart

8.51pm you will be able to see half the moon in shadow

Queenslanders will have exceptional views of the maximum eclipse.

6.14pm- two thirds of the moon will shadow over Brisbane, just before sunset.

7:02pm- twilight ends and the moon will be entirely in shadow

7.32pm- the moon will be at its maximum, however those in Adelaide may miss it

8.11pm- the moon will be three quarters in shadow before rising over the horizon

6.53pm- moon will rise, but watchers may miss the maximum eclipse

Unfortunately, WA will miss the eclipse, but those living in Broome might be able to catch the last 15 minutes before the eclipse ends at 6.47pm.

Astrologers around the world have warned us to expect “cosmic chaos” and “massive endings” in the wake of tonight’s rare spectacle, as the Earth moves between the sun and moon.  Melbourne astrologer Janelle Palibrk said that “all 12 star signs will be affected emotionally” and “feeling out of sorts”.

Take your eyes off the horizon and witness Venus, Jupiter, and Saturn, making a bright appearance in a line above the western horizon.

Will you be moon gazing tonight?