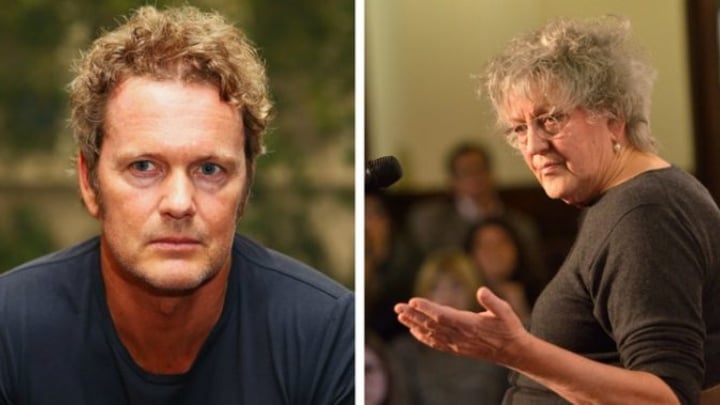 Germaine Greer doesn't agree with the way Craig McLachlan has been treated since allegations against him were made. Source: Getty

She’s one of Australia’s leading feminists by Germaine Greer has defended actor Craig McLachlan in the wake of sexual harassments claims made against him.

Speaking with Radio National on Thursday, the 78-year-old said she wasn’t happy with the way McLachlan has been treated since an exclusive investigation by Fairfax and the ABC accused the former Home and Away star of sexual assault while he worked on a 2014 production of The Rocky Horror Picture Show.

“He hasn’t been proved guilty of anything,” she explained on the show. “Now it’s becoming if you’re in a position of power or influence, you can’t make a pass at somebody, because it will be considered to be inappropriate use of influence, force and so on. How do you express desire without putting pressure on people?”

She questioned why society couldn’t have a “rational attitude” to sexual offences and even suggested there should be different degrees of gravity depending on the impact of the crime.

And, while she’s all for women coming forward and outing sex pests both in Australia and internationally, she warned that many women wouldn’t win their fights. “It’s going to be dreadful because all the powerful men who are now in all sorts of trouble are already briefing their lawyers,” she said. “It’s going to be the OJ Simpson trial all over again in spades, it will go on and on, and it will put woman against woman.”

Greer hinted she didn’t think the women coming forward with claims of sexual misconduct had enough power and said she was “concerned” for them and what will happen to them as a result of their allegations.

In the days following the ABC and Fairfax’s initial report, McLachlan was stood down from his current role in The Rocky Horror Picture Show, while the production company behind the hit musical has pledged to fully investigate the claims against him. In addition to the three women who initially came forward, two more people, a man and a woman, went to police with accusations against McLachlan.

Also in her Radio National interview, Greer also spoke about the current political situation in America and said that she thought Donald Trump as president was “working” for the USA.

“He interests me because they can’t control him,” she said. “And while nobody’s looking, the dollar is increasing in value, and there are a quarter of a million new jobs a month, he’s saying he’ll make America great again, and where blue collar workers are concerned, it’s working.”

She did, however, say that America was “the most dangerous nation in the world” and suggested that “just about anybody” could run for president after Ronald Reagan was elected.

It’s not the first time Greer has made controversial statements about topical issues. In 2016 she made headlines when she suggested that transgender people weren’t real women – even after surgery. She’s also openly attacked Elton John and his partner David Furnish for their parenting skills, suggesting they deconstructed the meaning of motherhood.

What do you think? Do you agree with Germaine Greer’s comments?