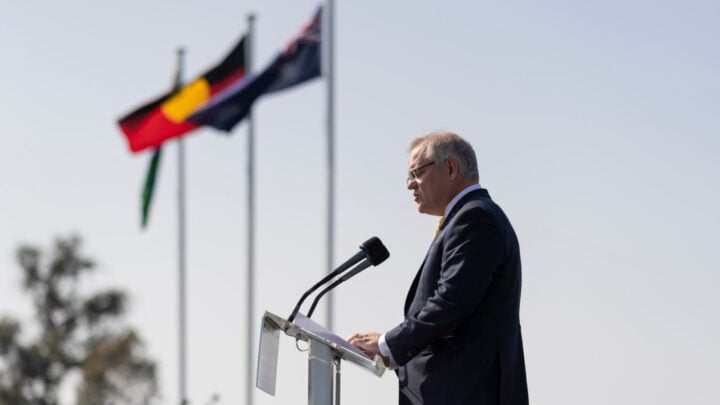 Prime Minister Scott Morrison has announced a $1 billion plan to close the gap in indigenous health, education, justice, and employment, including a $378m reparation scheme for the Stolen Generation. The PM described it as the most significant response the government had ever offered, saying it was a “genuine partnership that’s generations overdue and built on mutual respect.”

Under the new plan, thousands of Indigenous Australians who were removed from their families and held at facilities around the nation between 1910 and the 1970s will receive a one-off payment of $75,000 and a one-off healing assistance payment of $7,000. Under the scheme each survivor will also be given the opportunity to tell the story of their removal, have it acknowledged and receive a face-to-face or written apology.

On Thursday morning Morrison presented the new national Closing the Gap agreement and said the previous apology in 2008 was not enough, despite it coming from the “best intentions” he said “we still thought we knew better”.

“The Stolen Generation is a shameful chapter in our national story. We have already confronted it with the national apology. But our deeds must match our words,” he said.

“And it will give each survivor the opportunity, should they wish, to tell their story, and receive an individual apology.

“This is a long-called-for step. Recognising the bond between healing, dignity, and the health and wellbeing of members of the Stolen Generations, their families and their communities.

“To say, formally, not just that we’re deeply sorry for what happened, but that we will take responsibility for it.”

As part of the $1 billion package, the federal government will also introduce new measures and support to benefit Indigenous Australians long term, in areas including early childhood, health, education and supporting families. There will be $254.4 million put towards infrastructure to better support Aboriginal Community Controlled Health Organisations do their critical work and $160 million toward childcare and early learning initiatives.

“It is why this government brought together a new 10-year (agreement), signed by all Australian governments, the Coalition of Peaks and the Australian Local Government Association,” he said. “And from that partnership, the National Agreement on Closing the Gap was born.

“Today, we make the promises of that agreement real with the presentation of the first commonwealth implementation plan. In financial commitments, partnership, shared accountability and scope, this is the most ­significant and comprehensive response to Closing the Gap that the government has ever provided.”

Morrison says the new plan is about providing every Australian child with equal opportunities and was led by Indigenous leaders to back Indigenous communities.

“Closing the Gap, at its core is about children,” he said. “To allow all indigenous children the chance to grow up with the same opportunities as every other Australian child. To allow them to walk in two worlds, to feel at home in two worlds.

“This is a plan that’s been led together with Indigenous leaders, to back Indigenous communities.

“It highlights the real and practical actions to be taken across all areas of government and also commits funding to actions that will ensure we get there. We’ve listened together and are taking action together.

“We’re doing things differently with accountability and transparency, and in true partnership with Aboriginal and Torres Strait Islander leaders.

“This is a practical plan that builds from the ground up by making good on the harm caused to Stolen Generations survivors to supporting this and future generations of young people with more education opportunities. This plan is about real reconciliation, how we get there, and making sure all governments are held to account, state and federal.

“To move forward into a future where we walk side by side as sons and daughters of this great continent.”

The scheme is due to begin in 2022, 25 years on from the Bringing Them Home report found that, under international law, the forcible removals during the period amounted to genocide.

What do you think of the new scheme?