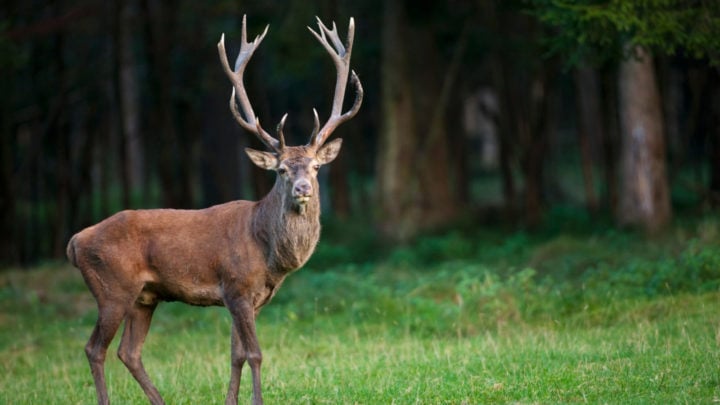 A man was killed and a woman was critically injured by a deer in Victoria. Source: Getty (stock image used)

A deer has killed a man and left a woman fighting for her life in a horror attack on their rural property in Victoria’s north-east.

The pair, who Nine claim were husband and wife, were wandering around their property in Moyhu, near Wangaratta, when the animal emerged from the bushes and gorged them, Victoria Police revealed. The attack is said to have taken place at around 8.20am with Ambulance Victoria called to the incident just before 8.30am.

Both were left with serious injuries from the attack with the man dying a short time later. According to Ambulance Victoria, the woman suffered upper body and leg injuries. She has since been transported by air ambulance to The Alfred Hospital in a serious condition.

The deer was euthanised by police at the scene.

“Emergency services are on scene at a rural address near Wangaratta after an animal incident which occurred this morning,” Victoria Police said in a statement.

“It’s believed a man and woman were attacked by a deer on their property around 8.20am.”

They added: “Both residents suffered critical injuries however the man died a short time later. The woman has been airlifted to hospital with life-threatening injuries.”

The Invasive Species Council of Australia has since hit out over the horrific attack, writing on Twitter: “Our biggest fears may have been realised, report just out that a Victorian man has been killed by a deer. We need hard heads to tackle this growing problem, not hard hooves.”

Meanwhile, Barry Howlett from the Australian Deer Association told The Age that Autumn is mating season for many species of deer, making it a dangerous time to be around them.

“An animal that would be otherwise docile for 10 months in the year, is an animal you really don’t want to be around for two months,” he told the news outlet.

He added that it’s not unheard of for a deer to fatally attack humans in a domesticated scenario, adding: “Deers stop eating, they shed a huge percentage of their body weight. They stop doing everything except for finding a female partner and become extremely aggressive.”

Have you had a nasty experience with deer?