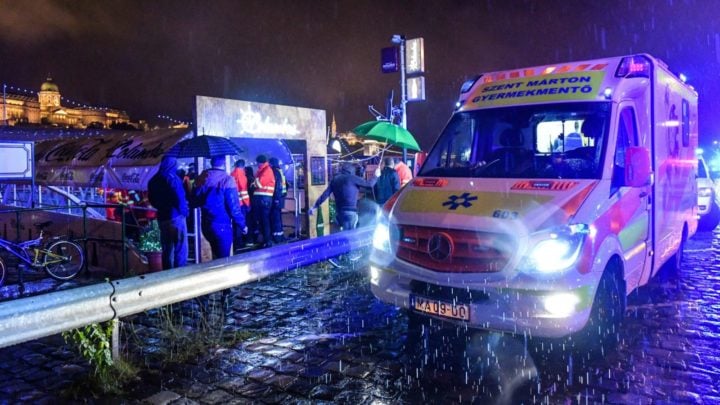 At least seven people have been confirmed dead and 19 are missing after a sightseeing boat sank on the Danube River in the Hungarian capital of Budapest, Hungarian media are reporting.

The tragic accident happened around 10pm (local time) on Wednesday night, with a reported 33 passengers and two crew members onboard. According to reports, the boat collided with another tourist vessel and sank, with most of the passengers South Korean tourists, The Korea Times reported.

“Among 33 South Koreans, 7 have been rescued, a rescue operation for 19 missing is underway and 7 are confirmed dead,” South Korea’s Ministry of Foreign Affairs said in a statement, the publication reported.

An ambulance spokesperson told state television that 14 people had been rescued from the water so far, while seven of them have died, The Guardian reported.

“There was a tragic boat accident at around 9pm [on Wednesday],” CEO of the Hungarian ambulance service Gábor Csató said, according to the publication. “We’ve put a huge effort into the rescue involving 17 ambulances, fire engines, police and boats, looking along both sides of the Danube.”

The boat, named Hableany (or Mermaid), was a 27-metre double-decker boat with a capacity of 60 people.