Police confirm ‘every effort’ is being made to find William Tyrrell, eight years after he vanished 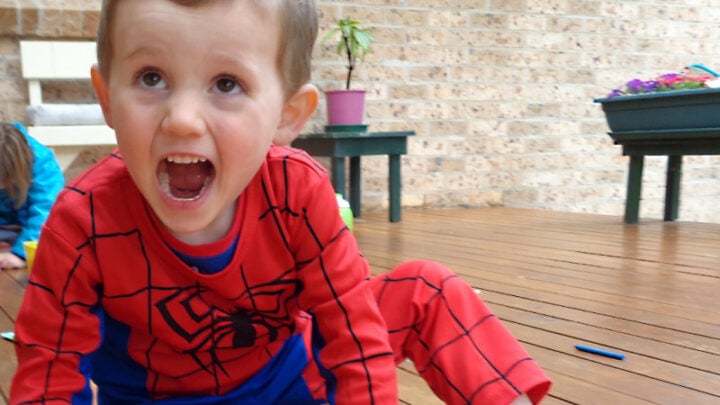 To mark the anniversary of William's disappearance, Nsww Police announced that the "investigation is very much active and ongoing". Source: Getty Images.

William had been playing in the front yard of the property in Kendall and was wearing a Spider-Man suit at the time of his disappearance. Despite extensive investigations and renewed search efforts by hundreds of volunteers and emergency service workers in 2021, the three-year-old has never been found.

To mark the anniversary of William’s disappearance, Homicide Squad Commander, Detective Superintendent Danny Doherty announced on Monday, September 12 that the “investigation is very much active and ongoing”.

“Every effort is – and should be – channelled toward finding William Tyrrell,” he said.

“The Homicide Squad’s Strike Force Rosann is continuing to prepare a brief for the information of the Coroner for the purpose of determining what happened to William eight years ago today (Friday 12 September 2014).

“Our investigation is very much active and ongoing, and while I won’t go into specifics, I can assure the community that various activities, including those under Coronial Orders, are being undertaken every day.”

The Homicide Squad’s Strike Force Rosann has marked the anniversary of the disappearance of William Tyrrell by revisiting the last place he was seen seven years ago.https://t.co/h6KtMiIhvr pic.twitter.com/EqcEvOzQfM

At the time, Detective Chief Superintendent Darren Bennett said police are “very hopeful that we can bring this matter to some form of conclusion” after new evidence was obtained during the ongoing investigation.

“This activity is in response to evidence we’ve obtained in the course of the investigation, it’s not speculative in any way,” he said.

“We are acting on behalf of the Coroner and in conjunction with the coronial orders, she will be kept updated with regard to our progress.”

The renewed search effort saw police scour the Kendall property where William went missing, dig up the garden below the second-floor balcony, and sift through dirt for any clues as to the boy’s disappearance. Cadaver dogs were also spotted being taken around the area while forensic teams sprayed the chemical luminol around the property to highlight any traces of blood that may have been present.

Authorities also collected and photographed several pieces of fabric, which were taken away for further forensic testing. Detectives also revealed that they had seized a Mazda on November 9, 2021 to undergo “extensive forensic examinations and analysis”.

As the search drew to a close, NSW Police revealed they were “very happy” with the items they had discovered.

Doherty spoke of the volume of evidence that had been collected as part of the investigation during his September 12 statement.

“We are working with a large volume of information, and it is necessary to methodically explore and exhaust every line of inquiry; and that is a protracted process,” he said.

“This is all for William, and if it takes time and effort to get it right, it’s worth it.”

A $1 million reward for information that leads to the recovery of William Tyrrell, and the circumstances regarding his disappearance, still stands

Information can be provided anonymously to Crime Stoppers on 1800 333 000 or https://nsw.crimestoppers.com.au.