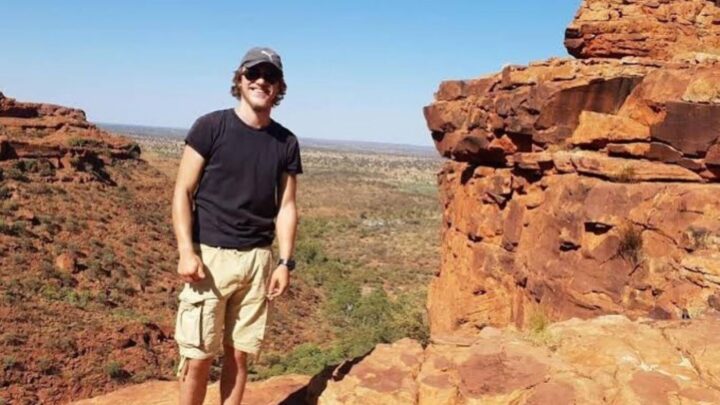 The 18-year-old was last seen in Byron Bay at 11pm on May 31 as he left the Cheeky Monkeys bar on Jonson Street. Source: Instagram @ looking_for_theo_hayez/lookingfortheo

Where’s Theo? It’s a question that has been asked from Byron Bay to Belgium since the disappearance of 18-year-old backpacker Theo Hayez in 2019.

The parents of the Belgian backpacker, who have spoken out on their “endless and ambiguous grief,” are now offering a $500,000 reward on any information that can help NSW Police solve the mysterious disappearance of their son.

Hayez’s parents have now made a fresh plea to anyone who can help come forward with information, saying it would be “one of the last opportunities” to find out what happened to their son.

“A key question we are seeking to address is whether he was with someone on the night of May 31, 2019, which we strongly believe to be the case,” his father, Laurent Hayez, said.

His mother, Vinciane Delforge, stressed how “any detail, big or small, could help transform the investigation and provide our family … with desperately needed answers.”

“Not having answers means our family is not able to grieve and heal as we don’t have a conclusion.”

The offer of the reward comes as a coronial inquest is set to resume at the Byron Bay Courthouse today, February 23.

Deputy Premier and Minister for Police Paul Toole told 9News he is hopeful the reward will encourage anyone who has any information to come forward.

“Police investigating this case need our help to provide that crucial piece of the puzzle that can bring some comfort to the family and friends of Theo,” he said.

“Detectives want to ensure every avenue has been exhaustively examined and we are continuing to ask anyone who had any interaction with Theo after he left that Friday night to contact us,” he said.

The Hayez family firmly believe someone with their teenage son when he ventured through the bushland to Tallow Beach.

Mobile phone data shows Hayez searched for directions to his hostel but instead walked in the opposite direction, towards the Cape Byron lighthouse. He has not been seen since.

According to the ABC, dozens of locals had volunteered to search for him after police finished their investigation in September 2019. However, despite the extensive air and sea search around the lighthouse, only his hat was ever found.