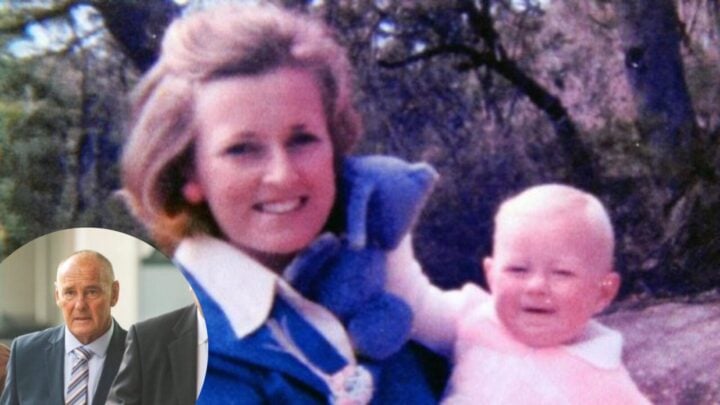 Police say there is still work to be done to bring Lynette home. Source: Getty/ @ifigomissingpodcast/Instagram

The former Sydney high school teacher stood trial in NSW Supreme Court for the murder of Lynette, 40 years after her disappearance from the family’s Bayview home in Sydney’s Northern Beaches.

Lynette’s body has never been found.

“Beyond the handing down of a sentence, there is still work ahead for Strike Force Scriven detectives,” Doherty told 9 News.

“Through the very nature of the work in the Homicide Squad, we know that loss of a loved one is never easy to deal with, but sometimes the grief can be even harder to overcome when they can’t lay them to rest.

“Our efforts and inquiries to find Lyn’s remains are ongoing, and we once again urge anyone with information which may assist us to get in touch.

“After a journey of more than 40 years, we hope to give Lyn’s family the chance to say goodbye.”

Since his guilty verdict, Lynette’s family have called on Dawson to “finally do a decent thing” and tell authorities where Lynette’s remains are located.

“This is a verdict for Lynette. Today her name has been cleared – she loved her family and never left them of her own accord,” Lynette’s brother Greg Simms told reporters.

“Instead, her trust was betrayed by the man she loved.

“The court has found what we have believed to be true for so many years, that Chris Dawson took the life of our beloved Lyn back in 1982.

“However, the journey is not complete. Lyn is still missing; we still need to bring her home.

“We would ask Chris Dawson to find it in himself to finally do a decent thing, and allow us to bring Lyn home to a peaceful rest, finally showing her the dignity she deserves.”

Dawson fronted the NSW Supreme Court court on Thursday, September 1 for the first time since his guilty verdict was handed down. Dressed in prison greens, the 74-year-old stood before the court as his lawyer Greg Walsh revealed that an application for bail would not be made

Despite being under strict protection orders, Walsh told the court that Dawson had been subject to “constant threats” while in prison and requested that Justice Ian Harrison issue a directive to corrective services authorities, ensuring his client’s safety.

Outside of court, Walsh told reporters that his client has “been subject to serious death threats by a number of prisoners” while in Silverwater prison.

Dawson is expected to appeal the court’s guilty verdict.