Is climate change to blame? July was the hottest month on record, report says 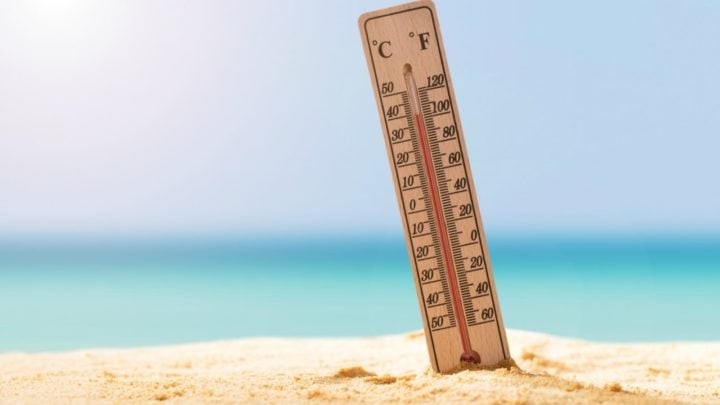 The data also found nine of the 10 hottest Julys have occurred since 2005. Source: Getty

While we were shivering in Australia last month, it was actually the world’s hottest-ever recorded month. That’s right, July was officially the hottest month on record for our planet, with the average global temperature for the month 0.95 degrees celsius above the 20th century average of 15.8 degrees, according to the US National Oceanic and Atmospheric Administration (NOAA), making it the hottest July in its records.

The previous hottest month in the NOAA’s record was July 2016. Meanwhile, scientists said the temperatures were so warm that it also “shrunk Arctic and Antarctic sea ice to historic lows”.

“Much of the planet sweltered in unprecedented heat in July, as temperatures soared to new heights in the hottest month ever recorded. The record warmth also shrank Arctic and Antarctic sea ice to historic lows,” the agency said in a statement.

The data also found nine of the 10 hottest Julys have occurred since 2005 – with the last five years ranking as the hottest so far. Last month was also the 43rd consecutive July and 415th consecutive month with above-average global temperatures.

The data has since sparked concern on climate change and risks among social media users. “July 2019 was the hottest month ever, of any month, on record. Climate change is the greatest threat facing our planet. It’s about our kids. It’s about our health. It’s about the future. We must act,” one commentator wrote.

Another added: “July was the hottest month ever recorded. The climate emergency is intensifying month by month, day by day. Every bit of warming matters. The only response is #ClimateAction NOW.”

While a third wrote: “I’ll be frank: the consequences of climate change are right in front of us. If we don’t act with a sense of urgency, it will be to our collective peril.”

Meanwhile, it comes more than a month after famed naturalist and conservation advocate Sir David Attenborough publicly slammed powerful figures in Australia for their slow-moving approach and scepticism towards climate change. The world-renowned broadcaster, who has narrated dozens of nature and environmental documentaries throughout his career, opened up about his views on climate change as he gave evidence to a parliamentary inquiry into the UK’s plan to cut carbon emissions last month.

“I am sorry that there are such people in power internationally, notably in the United States but also in Australia,” he said. “That is extraordinary because Australia is already facing having to deal with some of the most extreme manifestations of climate change. Both in Australia and America those voices are clearly heard and one hopes that the electorate will respond to those.”

Attenborough also named Australia as one of the countries worst affected by climate change. “I will never forget diving on a reef about 10 years ago now and suddenly seeing that instead of this multitude of wonderful forms of life, it was stark white. It had bleached white because of the rising temperatures and the increasing acidity of the sea.”

He then claimed humans will soon feel the troubling effects of climate change, adding: “All of us here are okay because we won’t face the problems that are coming.

“But the problems in the next 20, 30 years are really major problems that will cause great social unrest and changes in the way that we live, in what we eat and so on. That is going to happen.”