Clean up your act! One third of men have never changed their own bed sheets 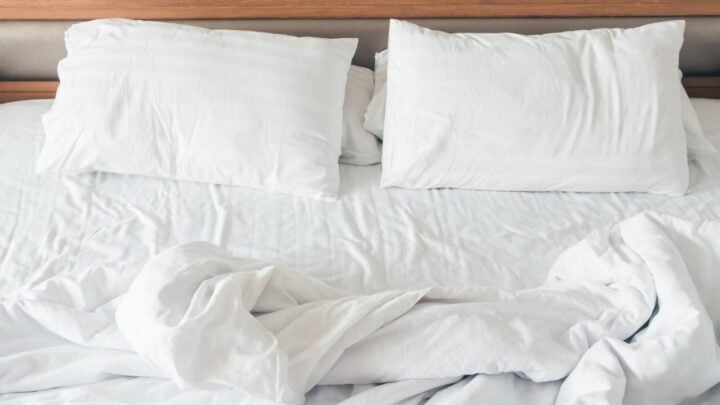 Any woman who feels as though they’re doing more than their fair share of the household cleaning in a partnership can now take comfort in knowing they’re not alone – in fact they’re actually in the vast majority. Results from a new survey revealed that two thirds of women admitted to doing majority or all of the household cleaning in their own homes.

According to the survey, a third of men have never changed their own bed sheets while half have performed a chore badly on purpose presumably so they weren’t asked to do it again. And when the information was broken down geographically, only a quarter of all Australian men actually helped out with household chores on a daily basis.

Additionally, the amount of time men spent on chores plummeted as they reached marriage with single men spending about an hour and twenty minutes on cleaning a week while a married man would only spend around 35 minutes for a cleaning job that married women would spend almost four times longer doing. Despite this, a quarter of the men who were surveyed felt as though they didn’t get enough praise for their work around the home.

However, the ongoing coronavirus pandemic has seemingly impacted people’s cleaning habits – albeit in different ways – with 80 per cent of women saying they’re spending more time cleaning compared to just one fifth of men.

The CEO of Maid2Match said that the results were surprising, considering how far society has evolved over the last seventy years where nowadays just as many women work full-time as men.

“We were quite surprised at how traditional the majority of families and couples still are with how they designate cleaning responsibilities,” he said. “We have a significant number of male cleaners working for us, but it appears that outside of the cleaning industry, the duty of chores still falls mainly on the woman’s shoulders.”

The data also looked at the cleaning behaviours of younger generations with parents saying their teenage kids were doing far less housework than ever before while two thirds admitted their kids thought they should be paid for helping out with chores.

And this isn’t the first time women have been pitted against men in everyday tasks. In fact, in April this year a separate study was released which finally put the stereotypes to rest about who’s a better driver. The study from Injuries Journal found that men were actually more likely to be dangerous behind the wheel than women and were even more likely to drive a dangerous type of vehicle overall.

Do you think the cleaning is split evenly in your household? Would you like your partner to start helping out more?