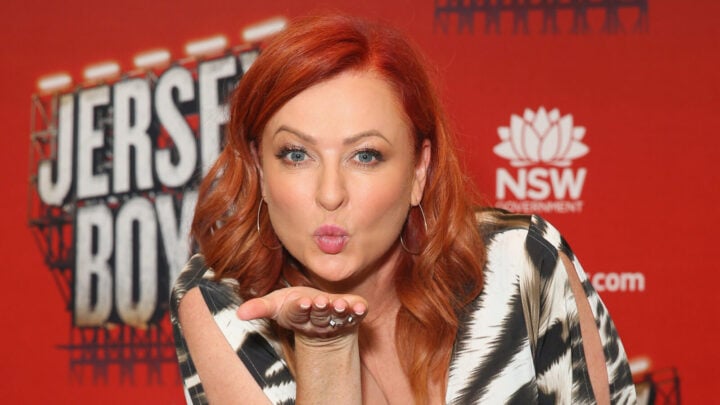 Horton is a presenter and columnist for 9Honey. Source: Getty

Australian lifestyle and pop culture commentator, Shelly Horton, has shared a rather interesting story about her recent colonoscopy experience, claiming that she woke up during the procedure.

Despite acknowledging that most people would deem the experience as ‘traumatic’, Horton described feeling a rather different way.

Horton described waking up and seeing a hospital screen “showing the bright pinks” of the inside of her bowel as the gastroenterologist operated on her. Horton said she recalled feeling the sensation of a “bee sting” as the surgeon sliced off a polyp they’d found.

“Ignoring the pain, I chirpily exclaimed, ‘Oh good, you got it!’ I saw the anaesthetist’s eyebrows shoot up.”

The next thing she remembers is waking up in recovery.

Horton admittedly found the experience “fascinating” as she revealed to readers that she doesn’t react well to aesthetic and that she “wasn’t threatening to sue” despite the unexpected ordeal.

“It’s very rare to wake up during a procedure, only one or two people in every thousand. The anaesthesia for a colonoscopy is called “twilight anaesthetic” so it’s fairly light sedation anyway,” she explained.

Horton described undergoing a number of procedures as a child, revealing she’d had multiple bowel surgeries as a child.

“I’m not sure if it’s muscle memory or PTSD but I have a history of coming out swinging in the recovery room. My mother was always apologising for my behaviour even though I had no idea what I was doing.

“I have bitten a male nurse’s finger, asked to see a doctor’s credentials, called a young doctor Doogie Howser and vomited like I was in the Exorcist. None of this is pleasant for me or the poor people around me,” Horton jokingly admitted.

The commentator went on to describe her time as a health reporter when she was invited to witness open heart surgery. She contributes this experience to her rather ‘calm’ reaction upon awakening during her recent procedure.

“So, yep, when I woke up during my colonoscopy, I was fascinated not terrified.

“Next time I’ll tell the aestheticist ‘Better make it a double’.”

Despite making light of the ordeal, Horton revealed that her colonoscopy results had detected abnormalities.

“My colonoscopy showed seven polyps, which is not great but slightly better than last year’s ten polyps,” she wrote to fans on Instagram.

After receiving the news, she urged followers to get checked sooner, describing her disappointment at the results.

“Get your health checks done! I’m feeling a bit disappointed,” she wrote.

Earlier this year Horton had a rather serious brush with Covid-19, reportedly battling the virus for ten awful days as she suffered from a series of painful side effects.

Horton is currently a presenter and columnist for 9Honey. She also hosts 9Honey’s ethical dilemma video series called Sticky Situations and features in Nine’s pop culture show 20-1 as well as producing and presenting the controversial health web series Things You Can’t Talk About On TV.

What do you think of Horton's unexpected experience?