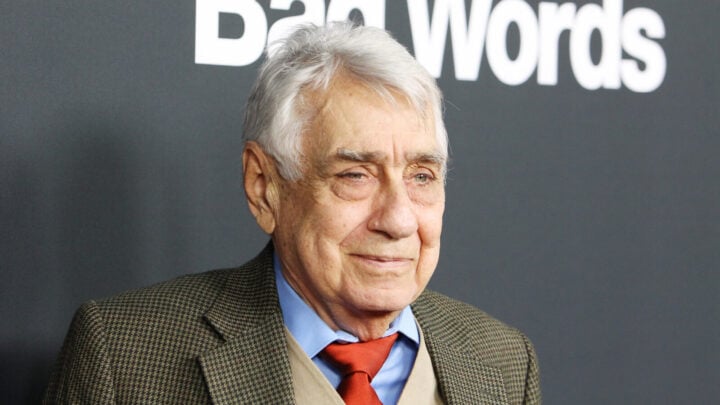 Prolific character actor, Philip Baker Hall, well known for his film roles in Magnolia and Hard Eight as well as television appearances in Seinfeld and Modern Family has passed away age 90.

Hall’s wife, Holly Wolfle Hall, confirmed her husband had passed on Sunday, June 12 to The Associated Press. She told the publication he died surrounded by loved ones in Glendale, California.

“His voice at the end was still just as powerful,” she said.

Hall enjoyed an impressive career spanning over six decades and although he is well known as a character actor he also had prominent leading roles in the 1984 historical drama Secret Honor, the 1996 crime film Hard Eight, and the drama film Duck in 2005. He also appeared in supporting roles in films such as Say Anything…, Boogie Nights, The Truman Show, Magnolia, The Contender, Zodiac, and Argo.

Hall made over 200 guest appearances on television in shows such as M*A*S*H, The West Wing, Curb Your Enthusiasm, Murder She Wrote, Modern Family, and Cheers. However, it was his role as library cop, Lt. Joe Bookman, in season three of the classic 90s sitcom Seinfeld that stands as one of his most recognisable roles.

In the iconic episode, Bookman relentlessly pursues Jerry Seinfeld with the intensity of a hardened detective for a book the comedian failed to return.

In a 2014 interview with Rolling Stone, Hall said he still gets recognised for the iconic role, claiming the character “made an impression”.

“It’s been over 20 years since we shot that episode, and I still can’t go out in public for very long before someone says, ‘My God, it’s Bookman!’ Or: ‘Are you Bookman? I returned that library book, I swear!’,” he said.

“It’s not just in New York or L.A.; it’s happened in a mall in the Midwest or even other countries where they air the show.”

Following the news of Hall’s passing the tributes poured in thick and fast from fans and celebrities alike.

Los Angeles Times sports writer Sam Farmer took to Twitter to offer his condolences to his “neighbor, friend, and one of the wisest, most talented and kindest people”.

My neighbor, friend, and one of the wisest, most talented and kindest people I’ve ever met, Philip Baker Hall, died peacefully last night. He was surrounded by loved ones. The world has an empty space in it. pic.twitter.com/pBCaILjHPT

Curb Your Enthusiasm director Greg Mottola revealed that “nobody made Larry David break on camera as much as Phil”.

So sad to hear that we’ve lost the great Philip Baker Hall. I had the sublime pleasure of working with him twice. A fantastic actor, a lovely man, and nobody made Larry David break on camera as much as Phil. RIP pic.twitter.com/qkFuulZkjz

Several fans posted some of their favorite moments from Hall’s long career.

RIP Phillip Baker Hall, who not only legendarily played the library cop in Seinfeld, but also played a huge role in starting Paul Thomas Anderson’s career by taking a chance on the young filmmaker and starring in his short film Coffee and Cigarettes. What a legend.

I was watching The Contender today & Phillip Baker Hall appears in one scene and he’s utterly superb. What an absolute legend of an Actor, just made you feel at ease the moment he came in to the screen. Rip.

Phillip Baker Hall was such a fine actor. So many great performances, but Hard Eight always stands out for me. pic.twitter.com/j9QO7HcOAp

Hall is survived by his wife, four daughters, four grandchildren and his brother.