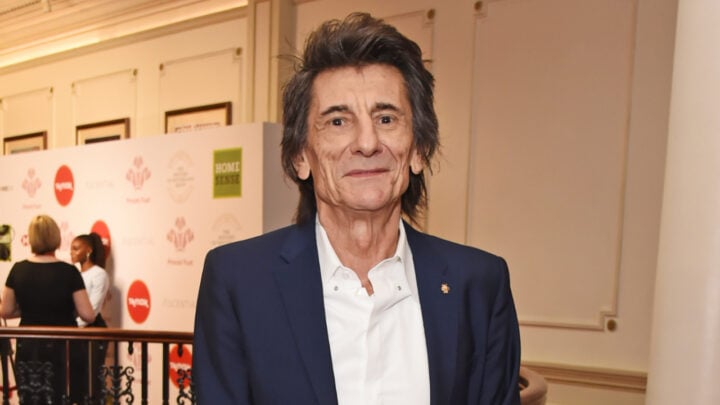 Rolling Stones rockstar Ronnie Wood said he could very well be dead today if it wasn’t for a unique valve in his brain that stopped him from overdosing during his partying days.

The 73-year-old admitted he spent much of his time drinking and taking drugs when he was young and first in the spotlight, and could have easily gone too far. But, in speaking to The Mirror recently, Wood said the circuit breaker stopped him from consuming one too many drinks or taking excessive drugs during his famous binges.

Reflecting on his partying days throughout the 1970s and ’80s, he told the publication: “Luckily I had a valve that cut off, if it was going to be too much in my body, that said ‘no, don’t go over, don’t cross this line, otherwise you will not make it’.

“It was always ever present that it could be a stopping point on too much. If I do not control this then I would shoot off the edge of the precipice.”

Wood has faced health challenges throughout his life though, and even beat lung cancer. The star was diagnosed with cancer in 2017, but thankfully it didn’t spread to other parts of his body and he was ruled cancer-free in 2018.

“If that had happened it would have been all over for me,” he said according to Rolling Stone magazine at the time. “If your body is riddled with cancer, it’s a losing cause. Luckily, all mine was contained within the left lung and I was fortunate enough to get shot of it, bang. There was none in the rest of my body so I didn’t require chemo.”

Wood also had some words of advice for those battling cancer and said you just have to “be strong and remain positive”.

“I was prepared to remain positive to my dying breath,” he said according to Rolling Stone. “I’ve had a great life and I was all ready to go. Wow! I didn’t know I was going to be given the ticket to last thins long. What a reprieve.”

The cancer scare came seven years after Wood decided to say goodbye to alcohol and drugs for good. Following this the musician went on to marry actress and producer Sally Humphreys and they now have two twin girls together.

Are you a fan of the The Rolling Stones?