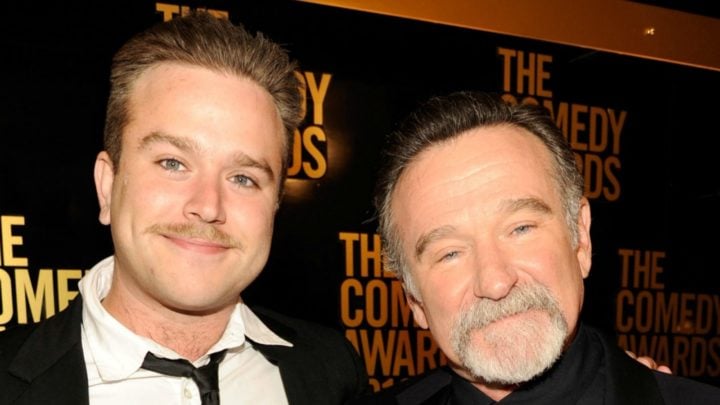 Robin Williams’ eldest son has welcomed his first child to the world – and he’s paid a special tribute to his famous dad, who tragically died in 2014, by choosing a name in his honour.

Zak Williams and his fiancee Olivia June welcomed a baby son on May 22, The Mirror reports.

The son of the famous actor has taken inspiration from his father by naming the little bub McLaurin Clement Williams. The first name, McLaurin, was legendary comedian Robin’s middle name. However, according to The Mirror, their baby will be called Mickey for short.

McLaurin’s arrival comes almost five years after Robin took his own life at the age of 63. He had been incorrectly diagnosed with Parkinson’s Disease, but it was later revealed he had been suffering from a rare brain disorder called Lewy body disease, which causes dementia.

Last year Robin’s first wife Valerie Velardi spoke out for the first time since his death, revealing how she had to tolerate his infidelities during their 10 year marriage.

The mother of Zak, shared her story in a documentary Come Inside My Mind, claiming he couldn’t resist straying with different women at the time.

Read more: Robin Williams’ first wife: I tolerated his infidelities for our marriage

Zak also opened up at the time about the huge impact his father’s death had on them all, and according to the news outlet, he admitted he even jumped into the sea where his father’s ashes were later scattered to get over the shock.

What are your memories of Robin Williams? Are any of your grandchildren named after you?