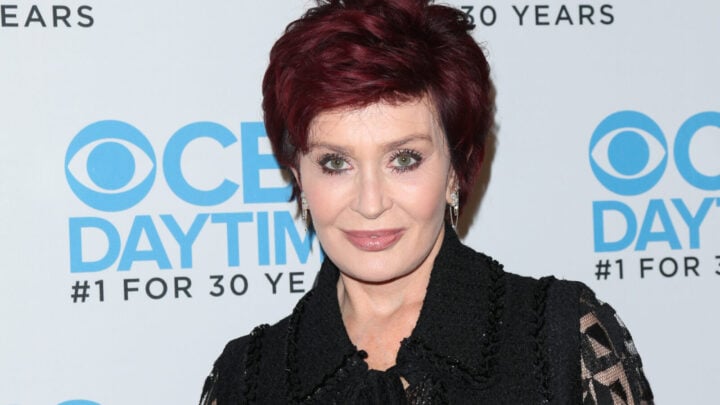 Sharon Osbourne has been a co-host on 'The Talk' in the US for nearly 11 years. Source: Getty

Following Sharon Osbourne’s explosive exit from US talk show The Talk, reports have surfaced that the star negotiated a huge eight-figure settlement. However, its television network, CBS, is strongly denying the claims.

CBS announced on Friday that Osbourne had “decided to leave The Talk”, confirming in a statement that her behaviour “toward her co-hosts during the March 10 episode did not align with our values for a respectful workplace”.

Sources allegedly revealed to Page Six that she was forced to quit the show amid allegations of racist behaviour towards co-hosts, but received a generous payout of up to eight figures.

“Sharon is walking away with a US$5 to $10 million minimum [AU$6.5 to $13 million] payout and was able to spin that it was her decision [to leave the show],” the source told Page Six.

A CBS spokesperson has since slammed reports of the eight-figure settlement. “False, inaccurate or untrue. Take your pick,” the spokesperson told the LA Times.

According to a separate source, Osbourne’s departure agreement will also allow her to speak out about her side of the story and the “secrets” of the show. The source also revealed that Osbourne’s lawyers negotiated that the door would be left open for her to continue her TV career at other networks.

“Sharon will talk when she is ready,” the source said. “She still wants to give her side of the story. She has been on that show for 11 years and knows all the secrets.”

It is understood that the 68-year-old was represented by top entertainment attorney Jeremiah Reynolds and allegedly revealed to The Mail on Sunday that she would take the CBS “all the way” for damages. According to The Mail on Sunday, Osbourne also wants to be paid out for the remaining two years of her contract, which is thought to be worth £2 million (approximately AU$3.6 million).

Reports of the alleged payout come almost three weeks after an on-air outburst by Osbourne at her co-host Sheryl Underwood over Osbourne’s defence of UK TV host Piers Morgan, who was forced off Good Morning Britain for attacking Meghan Markle’s interview with Oprah Winfrey.

karen osbourne begging to be canceled live on the talk right now pic.twitter.com/YU217LK5rL

The Talk cancelled a week’s worth of episodes in the middle of this month, to probe further into the segment from Wednesday, March 10, in which Osbourne explained that while she didn’t agree with Morgan’s opinion, she supported him voicing it.

Following the outburst, damning allegations of offensive behaviour towards colleagues also came to light. The allegations were made by Osbourne’s former colleague Leah Remini and others, accusing Osbourne of making racist and homophobic slurs against co-hosts and the production team of The Talk show.

The explosive report claims Osbourne called her former colleague, Chinese American Julie Chen, “slanty eyes” and “wonton”, and referred to the former executive producer of the show, lesbian Sara Gilbert, as a “p***y licker” and a “fish eater”.

Remini told journalist Yashar Ali that Osbourne made the comments during the US show’s first season, as she was angry that Chen was trying to take centre stage and Gilbert was doing nothing about it. According to Remini, Osbourne allegedly said, “Why won’t the p***y licker do anything about the wonton?” and “Why won’t the fish-eater be part of this discussion? She’s the f**king executive producer.”

Do you think Osbourne should have been forced to quit 'The Talk' after nearly 11 years?