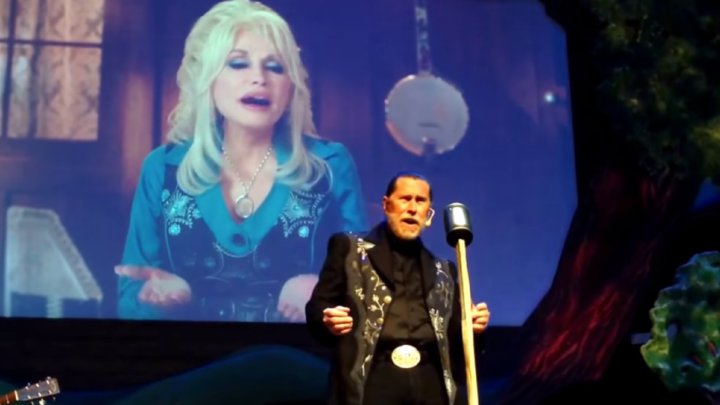 Musician Randy Parton, the brother of country super-star Dolly Parton, has died after a battle with cancer at the age of just 67.

Announcing his death on Thursday on her Facebook page, 75-year-old Dolly said the Parton family was grieving the loss of Randy but “know he is in a better place than we are at this time”.

Dolly described her brother as a “great singer, writer and entertainer”, adding that he’d headlined a show at her Dollywood amusement park since it opened in 1986.

“He sang, played guitar and bass in my band for many years,” she wrote. “He’s had several chart records of his own, but his duet with me on ‘Old Flames Can’t Hold A Candle To You’ will always be a highlight in my own career. ‘You Are My Christmas’, our duet on my latest Christmas album, joined with his daughter Heidi, will always be a favourite. It was his last musical recording and he shined on it just like he’s shining in heaven now.

‘Old Flames Can’t hold A Candle To You’ was a chart-topper, and Randy also sang on the soundtrack to hit 1984 film Rhinestone that starred Dolly, as well as having five hits to his own name on Billboard’s Hot Country Songs Chart in the 1980s.

Dolly told The Tennessean last year that ‘You Are My Christmas’ was inspired by Randy himself. “He was born around Christmas time and he was our Christmas baby,” she said. “We always called him ‘Christmas’ just for fun … I just thought, well, I’m gonna write a song for him to sing with me.”

Others used social media to share their condolences since news broke of Randy’s death.

“Deepest condolences on the loss of your brother,” one fan wrote on Facebook. “I heard Randy perform in the ’90s at Dollywood and also got to meet him. He was very entertaining and kind.” Another commented: “So so sorry to hear this. I played drums in Randy’s band for several years. He was a great friend, father and musician. I got my start playing at Dollywood and in East Tennessee thanks to him. Rest in peace old friend. Prayers to Deb, Heidi and the family”.

Our hearts are heavy today as we grieve the loss of Randy Parton who lost his battle with cancer. Randy entertained millions of Dollywood guests since 1986. Thank you, Randy. We will miss your smile and talent. pic.twitter.com/vYSM3m1Nt6

Do you have a message of support for Dolly Parton and her family?