Patti Newton reveals heartfelt conversation with Bert before he passed 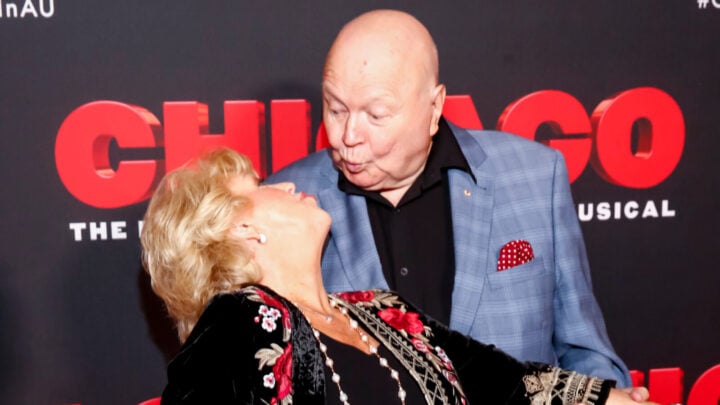 Bert Newton’s widow Patti Newton has revealed the heartfelt conversation she had with her late husband about mortality not long before he passed.

In a recent interview with Today Extra on Monday, June 21, Patti spoke about one of her last conversations with Bert and the touching response she gave to him when he asked her whether his legacy would live on.

“Not too long before he passed, he did say to me, you know, ‘Do you think people will remember me?'” Patti recalled.

“I said, ‘I think they will remember you so well. It doesn’t matter if they don’t. Because we will think of you every day.'”

The Today hosts later acknowledged Patti’s heart-warming tribute speech to her late husband at the Logie’s Award ceremony on Sunday, June 20, with Patti admitting she was overwhelmed by the audience’s response to her speech and that she felt their support.

“I was just thrilled that everybody was…I felt they were with me all the way,” Patti said.

“So, you know, if he was watching, I think he would have been very pleased.”

At this year’s Logie’s ceremony, Patti was tasked with presenting the new Bert Newton Award for Best Presenter named in honour of her late husband’s incredible contribution to Australian television and presenting.

Patti admitted she felt Bert would be “absolutely thrilled” to have an award named after him “forever”.

“It’s wonderful for my grandchildren coming up that, you know, their poppie will [be able to say]..’oh yeah that’s my poppie,” she said.

As Patti took the stage at the Logie Awards she thanked the crowd for the warm welcome as she stood before an early photo of her and her late husband, admitting she didn’t think she was “going to be able to do this tonight, because it is still very raw and I will never get over him not being here. But I know he is with me.”

“Thank you very much for that beautiful welcome and for this beautiful man of mine, isn’t he fabulous! What am I going to do without him!” she remarked.

Patti wrapped up her speech on a lighter note, pondering how her late husband would respond to the news that the Most Popular Presenter had been renamed in his honour.

“I was only thinking today, if I could just ask him how he feels about this particular award being named in his honour. And I am absolutely certain that he would say, ‘What? Not the gold?’” she said.

“He never wanted to be forgotten, so I hope he never is.”

Australian comedian and TV personality, Hamish Blake, was the lucky winner of this year’s first Bert Newton Award for Best Presenter, a decision Patti was most pleased with.

During his acceptance speech, Blake acknowledged Bert’s enduring legacy, claiming that Bert’s love for what he did was something that struck him.

“There will never be another Bert,” he said.

When asked what she thought of Blake’s acceptance speech, Patti admitted she was particularly thrilled to see the popular comedian awarded the honour.

“You know, you don’t know who’s going to be in that envelope but when it was him, I was so thrilled,” Patti said.

“Because I know that when Hamish and Andy started off, Bert was with them all the way and sort of had them on and chatted and promoted things, so, I think he [Bert] would be absolutely thrilled.

“But I actually felt that Hamish’s speech about Bert was just absolutely wonderful…very heart-moving,” Patti said, touching her hand to to her heart.