‘My life was empty before Amal’: George Clooney gushes over wife in new interview 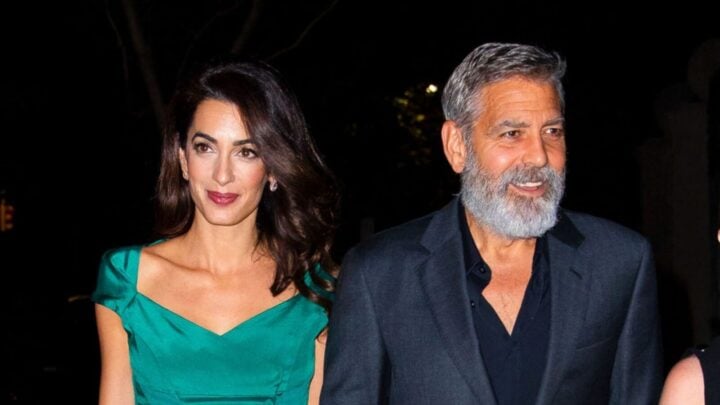 The actor and lawyer have been married since 2014. Source: Getty.

Although once known as the longstanding, quintessential bachelor in Tinseltown, George Clooney has admitted to now realising how “empty” his life was before he met his now-wife Amal Clooney.

In an interview with GQ, the 59-year-old actor gave a rare insight into his family life saying that he was convinced he never wanted to marry or have children until he met his wife Amal, 42, in 2013. The loved-up pair were then married in 2014 and are now parents to twins Ella and Alexander who are three-years-old.

When speaking on life before marriage, Clooney said that he always thought he was satisfied with life, until he quickly realised that there was a “huge empty space” which was suddenly filled when he met his barrister wife seven years ago.

“For 36 years, I was the guy that if some kid popped up and started crying, I’d be like, ‘Are you f***ing kidding me?’ And now suddenly I’m the guy with the kid, you know?” he said.

“I was like, ‘I’m never getting married. I’m not gonna have kids, I’m gonna work, I’ve got great friends, my life is full, I’m doing well’. And I didn’t know how un-full it was until I met Amal. And then everything changed. And I was like, ‘Oh, actually, this has been a huge empty space’…”

Clooney went on to say that after years of tackling life on his own, all of a sudden, he wasn’t the most important person in his own life. “I’d never been in the position where someone else’s life was infinitely more important to me than my own. And then tack on two more individuals, who are small and have to be fed…”

The interview was celebrating Clooney being crowned 2020’s GQ’s Man Of The Year, a title which last year went to “The Godfathers” Al Pacino and Robert De Niro. Throughout the laid-back chat, Clooney gushed over his human rights lawyer wife a number of times including when he mentioned her whereabouts at the time of the interview.

“Yeah, my wife is literally— Like, today she’s in the middle of sort of standing up against the British government, you know, deciding that they’re gonna break international law,” he said. “So she had to retire as the envoy, and she’s in there doing that. And I’m in here doing this interview.”

But the interview wasn’t all happy moments for the Hollywood star who also opened up about his near-death experience in 2018 where he crashed his motorbike in Italy while shooting the series Catch-22. Clooney was riding to set when a car suddenly turned in front of him causing him to crash and go flying into the air.

The actor hit the car while travelling at 112km per hour and described the impact as being so severe that he thought he had broken all of his teeth. But it was the idea of never seeing his kids again that really stuck with him.

“When I hit the ground, my mouth — I thought all my teeth were broken out. But it was glass from the windshield,” he said. “My kids were like a year old, and mostly it was just the thought that this was it and that I wasn’t gonna see them again.”