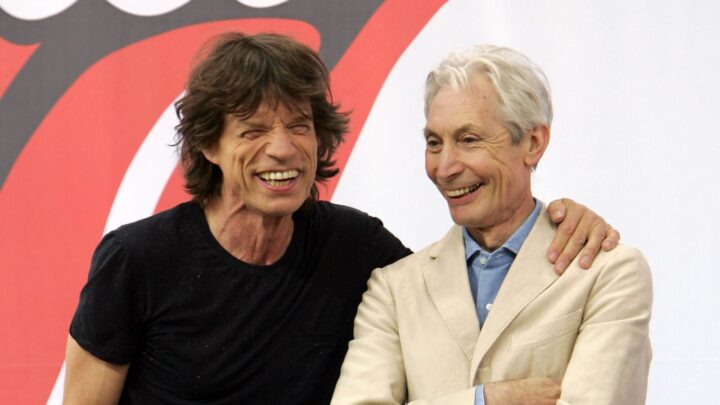 Rolling Stone’s frontman Mick Jagger has paid his respects to his bandmate, Charlie Watts, with a heartwarming tribute for the first anniversary of his death on August 24.

Taking to social media, Jagger posted a video compilation of photos taken of Watts and the band throughout the years with the band’s song Till The Next Goodbye playing in the background.

Towards the end of the montage, Jagger’s voice can be heard saying: “I miss Charlie because he had a great sense of humour”.

“And we also were, outside of the band… we used to hang out quite a lot and have interesting times. We loved sports: we’d go to football, we’d go to cricket games, and we had other interests apart from music,” he continued.

“But of course, I really miss Charlie so much.”

The anniversary of Watt’s death also marked the last day of the Rolling Stones‘ 60th-anniversary tour. The legendary British band dedicated their last performance to Watts, with Jagger telling fans that the band enjoyed a few glasses of schnapps in honour of Watts the night before.

The iconic stickman’s death at the age of 80 shocked the music world and was especially difficult for Mick Jagger and his Rolling Stones bandmates– who made the tough decision to continue touring without their beloved drummer.

Until his death, the Stones had not played a single concert without Watts. Concerns were then raised when just before his death Watts announced he would not be joining the band’s anniversary tour due to health reasons, asking another drummer to step in.

“Charlie has had a procedure which was completely successful, but his doctors this week concluded that he now needs proper rest and recuperation,” his publicist said at the time.

Meanwhile, Charlie said: “For once, my timing has been a little off. I am working hard to get fully fit but I have today accepted on the advice of the experts that this will take a while.”

Since his passing, the remaining Stones have also spoken candidly about their grief and pain from losing Watts.

In May, Jagger opened up about the loss of his friend and what life is like without his bandmate.

“I don’t really expect him to be there anymore if I turn round during a show. But I do think about him. Not only during rehearsals or on stage, but in other ways too,” Jagger said.

“In the show, when we come to the front and bow at the end, there’s no Charlie. He’d always be the last one down. I’d go: ‘Come on, what have you got to do?’ He’d be fiddling with his sticks because he always had to have them in a row before he’d get off the seat.”

Keith Richards had once said: “Charlie Watts gives me the freedom to fly on stage”.

“Some people are just perfect as they are. They don’t need stimulants. Us imperfections, we need help, but Charlie Watts didn’t need any, he was immaculate, an immaculate conception. Bless his heart.”

Watts is survived by his wife Shirley, daughter Seraphina and granddaughter Charlotte.