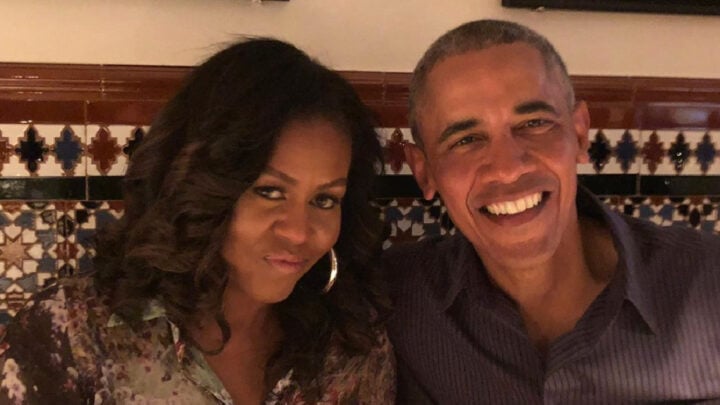 Barack and Michelle tied the knot in 1992. Source: Instagram.

Former First couple Michelle and Barack Obama celebrated a milestone this weekend, as they reached their 28th wedding anniversary. To mark the special occasion, the former First Lady penned a loving tribute to her “partner” on social media.

“28 years with this one,” she wrote on Instagram on Saturday. “I love @BarackObama for his smile, his character, and his compassion. So grateful to have him as a partner through everything life throws at us.”

The 56-year-old also asked her followers to nominate someone in their lives who “might not vote and make sure they do”. She added: “Tell us about it in the comments! That’s an anniversary message of the best kind. Love you, Barack.”

Many of the couple’s followers wished the couple well. One commented: “Happy Anniversary to the most classy President we have had, and one of thee best examples of a healthy, happy marriage.”

“We’ve been waiting for this all day! Happy 28th anniversary,” Oprah magazine wrote. Another user commented: “So much respect for you both.” While another follower commented: “The finest pair ever in the history of President of the United States.”

Last year, Michelle opened up to the Duchess of Sussex in an article for British fashion magazine Vogue and offered her advice on the challenge that is motherhood. When asked what motherhood has taught her, Michelle admitted it had been “a masterclass in letting go”. Michelle shares two daughters Malia and Sasha with her husband Barack.

Are you married? How long have you been with your partner?