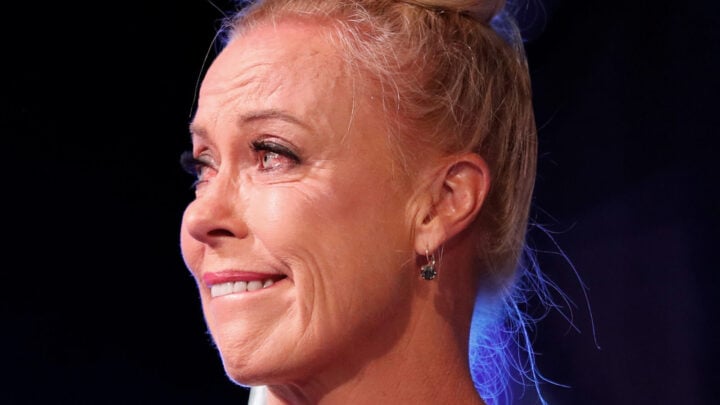 After losing her youngest daughter Jaime, 33, in 2020, former Olympic swimmer Lisa Curry has taken to social media to share a truly inspiring image, announcing an update of her elder daughter’s pregnancy.

Posting a sonogram image on Instagram, Lisa wrote “Just half way until I’m a Grannie again!!! What do you think? Pink or Blue?? Beyond excited.”

Morgan has two sons to husband Ryan Gruell, with another addition to the family due in the coming months.

She also took to Instagram to share a photo of herself posing in the mirror of a pilates studio, sporting her adorable baby bump.

“20 weeks pregnant. Boy or girl? We won’t know until the baby is earth side. Take your guess”, she wrote.

Morgan first announced that she was expecting her third child on Sunday, November 14 of last year, sharing a picture of her sonogram on Instagram with the caption, “Life is crazy – we might as well stay in the crazy! Baby #3 due at the end of May!”.

The announcement came just months after Morgan and her family commemorated the heart-breaking first anniversary of Jaimi’s death.

After losing Jaime to a long-term illness less than a year ago, the Curry family has struggled deeply with the loss.

Lisa Curry has particularly felt the pain of her daughter’s passing, breaking down in a recent interview on the Morning Show.

“The reason I haven’t said anything is because I can’t, because this happens,” she said, through tears.

“It’s been really really hard and people have been really supportive. I think what I’ve learned most is that every second person walking along the street is going through the same thing.”

In the interview, Lisa described how her grandchildren, Flynn and Taj, were welcome distractions from the devastating loss.

“The little boys, Flynn and Taj, they keep me occupied, I was babysitting them last night, so that was nice,” she said.

Lisa Curry reveals how her family has supported her following an emotional 15 months as she looks forward to the release of her memoir on her 60th birthday and also speaks about her new skincare range, Happy Skin by Lisa Curry. pic.twitter.com/SECM40K9gm

In celebration of Lisa Curry’s 60th birthday this year, she will release a memoir titled ‘Lisa: 60 Years of Life, Love and Loss’.

“It was a really difficult princess to write the book, to go back through your memory and try and remember all the little details and the people who made a difference in my life,” she said.

“So it’s been a really good process but really difficult at the same time.”

The memoir is set to debut in May.

Have you experienced joy after loss, much like the Curry's?