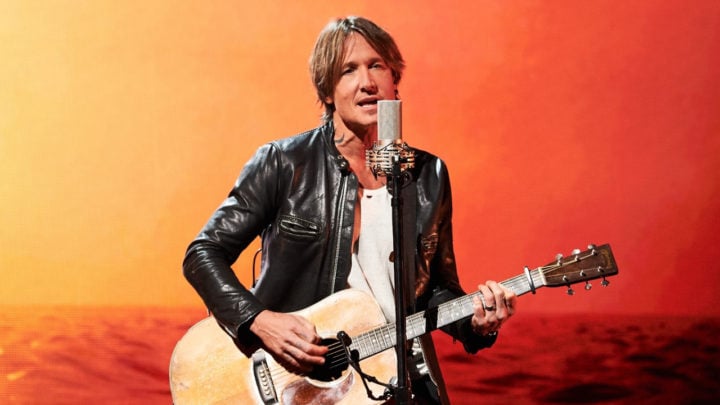 Keith Urban is one of the greatest country music stars in the world, performing to crowds of thousands in stadiums around the globe, so it would be hard to imagine the singer ever lacked skills in this area.

But this week the Aussie star, who is married to actress Nicole Kidman, made the surprising confession that he actually failed music class in high school and still to this day can’t actually read music. Speaking on the Kyle and Jackie O Show on Monday, Keith said he struggled with the theory side of the subject and unfortunately, that was a major part of his overall grade.

“I failed music at school,” he admitted to the surprise of the radio hosts. “What?” Kyle Sandilands said in shock. While Jackie O replied with a laugh: “How funny is that?”

Now, years later Keith has commended his music teacher for helping him way back when he studied at Caboolture State High School in Queensland, and said “I give her props all the time”.

Keith’s shock admission comes weeks after the singer opened up about his love for his wife Nicole Kidman and how he “definitely married up” when the two tied the knot back in 2006.  Speaking to Zane Lowe on Apple Music recently, the country music star explained how much Nicole has influenced his music and that she continues to be his biggest fan. The 52-year-old praised the actress and said her fearlessness and curiosity has had a big impact on his career.

“She’s got a great taste in music … it’s always visceral,” he said during the interview. “It’s just like, I don’t know who the artist is, I don’t know what genre it is, I just love this song. It’s all that matters to her.

“You know what I’ve learned from her is to be more fearless in artistry and go for the curious place you want to go as an artist, don’t question it. Her whole thing is ‘oh I’m interested in that, I’m going to go over there’, it’s not like can I do it?… That’s definitely had a big impact on my music in the last five to six years particularly.”

The ‘Somebody Like You’ star added: “Oh yeah … I definitely married up.”

What was your favourite subject at school?