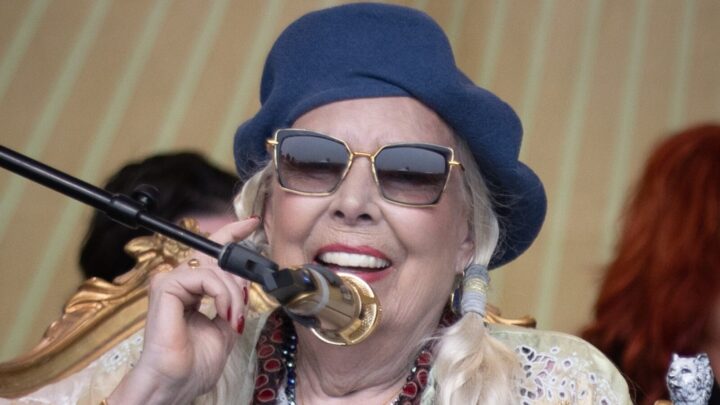 As Joni Mitchell’s hit song Big Yellow Taxi states, “don’t it always seem to go, that you don’t know what you’ve got till it’s gone”, now it seems these words are more revenant than ever as the legendary Canadian singer prepares to return to the stage after a 23-year concert hiatus.

The 78-year-old singer is scheduled to perform her first headlining concert on June 10, 2023, at “one of the most beautiful venues in the world”, The Gorge Amphitheatre in Washington.

Thrilled to announce Joni’s return to the big stage headlining Saturday night at ‘Echoes Through The Canyon’ at the Gorge Amphitheatre on June 10th, 2023. pic.twitter.com/nkQvPZKngi

The exciting news was confirmed by Mitchell’s friend and fellow musician Brandi Carlile, who shared the announcement on The Daily Show on Wednesday, October 19.

“No one’s been able to buy a ticket to see Joni Mitchell play in 20 years … So this is enormous … and she is going to crush it!”

Carlile claimed at the end of the show Mitchel told her, “I want to do another show … I want to play again.”

Mitchell and Carlile were joined by fellow artists Wynonna Judd and Marcus Mumford to perform a 13-song live set that included Big Yellow Taxi and Summertime.

Following the performance, Mitchell told CBS News that she “wanted to be good, and I wasn’t sure that I could be”.

“But I didn’t sound too bad tonight,” she said.

Mitchell’s upcoming show has no doubt caused a ripple of excitement amongst the singer’s fans as her last official live show was back in November 2002.

Then after suffering a brain aneurysm in 2015, which temporarily robbed her of her speech as well as her ability to walk, the spotlight-shy star has since largely remained out of the public eye.

Mitchell took to the stage to accept her prestigious award, delivering a short speech thanking her “dream team” for making it possible.

“Thank you! Much thanks to the Academy for this nomination and for this win. I didn’t expect this. I’d like to thank my dream team that help me put it together,” she said.

While thanking her label, Mitchell also gave a special mention to her assistant and physical therapist, whom she called an angel.

Along with her most recent accolades, Mitchell has enjoyed a new wave of appreciation from music fans after announcing in January of this year that she would be removing her music from the music streaming service Spotify in a show of solidarity with her friend Nei Young, who requested to have his music removed from the platform due to the spread of false Covid-19 information by popular podcaster Joe Rogan.