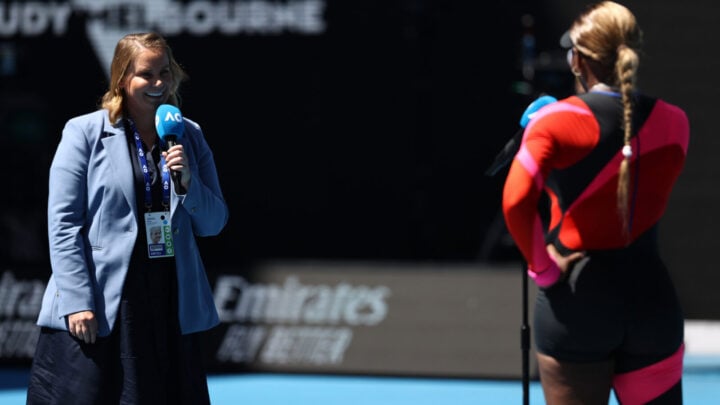 Former tennis ace Jelena Dokic has hit back at body shamers in a public rant, telling people to “get over it”.

Taking to Instagram on Tuesday evening, the 37-year-old revealed in a lengthy post that she’s been at the receiving end of cruel criticism about her weight while working as a commentator at the Australian Open.

“I am sharing this with you all because even though I have the best supporters in the world that send me thousands of messages of support, I have also received a few comments body shaming me and seen an article in the media about my weight and physical appearance,” she wrote, alongside a side-by-side image of her appearance pre- and post-Covid-19.

“I have always been honest with you all about my struggles and my weight battles. I have talked about my weight and not a lot of people have done that publicly. Now I am also going to be honest but I also feel like I need to address the negative attention around what people think I should look like. And here is my message to you: GET OVER IT! Leave me and my physical appearance alone.”

Jelena went on to reveal in the Instagram post that she’s also had some depression and anxiety “creep back up” since Covid-19 hit last year, adding “it’s been a battle”.

“While I am nowhere near my heaviest, I am also completely honest about the fact that I have put some weight back on in the Melbourne lockdown,” she stated. “To all the body shamers, online trolls and the media that have body-shamed me, you should be ashamed of yourselves. If you have nothing nice to say, don’t say anything at all.”

Fans of Jelena’s were quick to comment and offer their support, with one writing, “Rock on Jelena; loving you on the [tennis] coverage; let them shout their tired old opinions into a void; keep being your fabulous self.”

Another added, “So true Jelena. So true. I don’t think I know anyone who didn’t put on weight during Covid in Victoria. Me included. But I don’t even want to talk about that because you’re so right. You never know what’s going on in someone’s life.”

While a third wrote, “You don’t need to justify yourself to anybody. You are a beautiful person inside and out. Some people are shallow and need a reality check because I am sure they are far from perfect.”

Jelena, who tipped the scales at 120 kilograms at her heaviest, has been very open about her weight-loss journey, revealing in January 2020 that she had shed an incredible 53kg in just 18 months.

What are your thoughts? Do you have a message for Jelena or the body shamers?