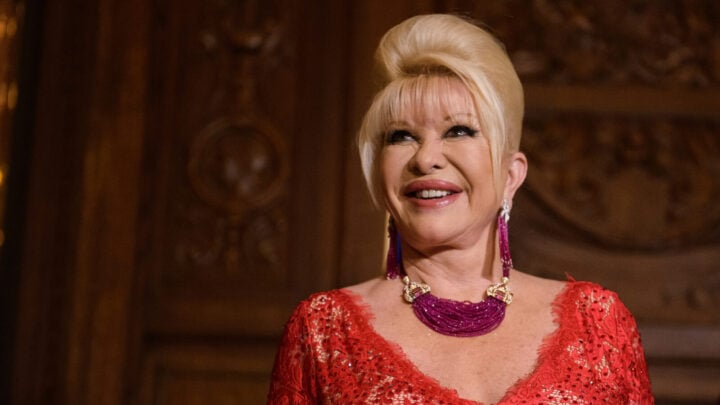 Ivana Trump, the first wife of former United States President Donald Trump, has passed away in her New York City home at the age of 73 on Thursday, July 14.

Donald took to social media to announce the passing of Ivana, calling her “a wonderful, beautiful, and amazing woman, who led a great and inspirational life.”

“I am very saddened to inform all of those that loved her, of which there are many, that Ivana Trump has passed away at her home in New York City,” Trump posted on the platform Truth Social.

“Her pride and joy were her three children, Donald Jr., Ivanka, and Eric. She was so proud of them, as we were all so proud of her. Rest In Peace, Ivana!”

Ivana’s three children released a statement announcing “with deep sadness” the passing of their “beloved mother”.

“It is with deep sadness that we announce the passing of our beloved mother, Ivana Trump. Our mother was an incredible woman – a force in business, a world-class athlete, a radiant beauty, and caring mother and friend. Ivana Trump was a survivor,” the statement read.

“She fled from communism and embraced this country.

“She taught her children about grit and toughness, compassion and determination. She will be dearly missed by her mother, her three children and ten grandchildren.”

Born on February 20, 1949 in Czechoslovakia, Ivana quickly developed skills as a skier and joined the national ski team which allowed her the opportunity to travel beyond the confines of the Czechoslovak Socialist Republic.

She later attended Charles University in Prague where she earned her master’s degree in physical education in 1972. While working as a ski instructor in Canada, Ivana worked as a model which included promotional work for the 1976 Summer Olympics in Montreal.

While in New York City with a group of fellow models in 1976, Ivana met Donald Trump. The couple married the following year on April 7 and soon became tabloid fixtures of New York society in the 1980s.

The couple worked together on several large projects, including the Trump Tower on Fifth Avenue in Manhattan, the renovation of the Grand Hyatt Hotel in New York City, and the construction of the Trump Taj Mahal Casino Resort in Atlantic City. Ivana worked as a senior executive for seven years within The Trump Organisation including the role of Executive Vice President for interior design. She was also appointed CEO and president of the Trump Castle Hotel and Casino in Atlantic City and later became the manager of the Plaza Hotel in Manhattan.

The couple’s marriage trouble became front-page news in 1989 when Donald and Ivana were spotted arguing after she learned of her husband’s mistress. Highly publicised divorce proceedings soon followed before the couple finalised their divorce in 1992.

She then dated Italian actor and model Rossano Rubicondi for six years before they married on April 12, 2008. Rubicondi died on October 29, 2021, age 49.

Soon after her divorce from Trump, Ivana developed a series of clothing, fashion jewelry and beauty products lines. Ivana has also published several books, including For Love Alone, Free to Love and a self-help book titled The Best Is Yet to Come: Coping with Divorce and Enjoying Life Again.

She also wrote an advice column about love and life for Globe, titled Ask Ivana, from June 1995 through January 2010. In 1999, she launched her own lifestyle magazine titled Ivana’s Living in Style.

Ivana released an autobiography in 2017, titled Raising Trump, that detailed her early life and raising her children with Donald Trump.