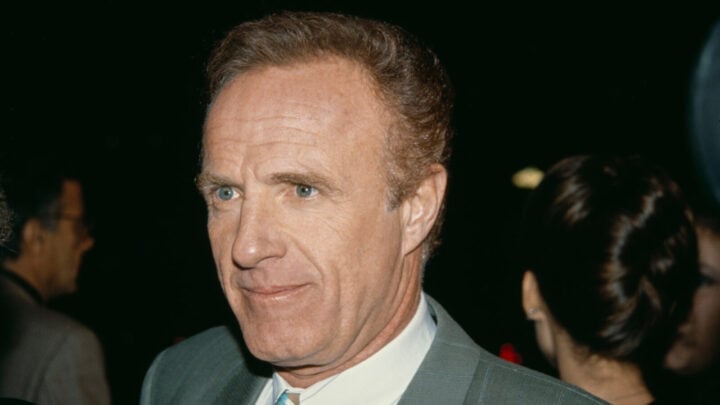 The Godfather star James Caan’s cause of death has been revealed with his official death certificate claiming he died of a heart attack.

“It is with great sadness that we inform you of the passing of Jimmy on the evening of July 6,” the statement read.

“The family appreciates the outpouring of love and heartfelt condolences and asks that you continue to respect their privacy during this difficult time.”

Caan’s manager, Matt DelPiano, confirmed Caan’s passing to AFP describing him as “one of the best actors our business has ever seen”.

“Jimmy was one of the greatest. Not only was he one of the best actors our business has ever seen, he was funny, loyal, caring and beloved,” he said.

“Our relationship was always friendship before business. I will miss him dearly and am proud to have worked with him all these years.”

Although he was best known for his role as Sonny Corleone in The Godfather, Caan enjoyed a long career portraying everything from thieves, sports stars, and a famed novelist held hostage by a sadistic fan.

Caan’s first major film role was as a hoodlum who gets his eyes poked out in the 1964 thriller Lady in a Cage,

Caan landed his first starring role in 1965 with Howard Hawks’ auto-racing drama Red Line 7000. Despite the film not being financially successful, Hawks cast Caan again in his next film El Dorado alongside John Wayne and Robert Mitchum.

Caan received praise for his role in Francis Ford Coppola’s The Rain People in 1969 and for his role as Brian Piccolo in the 1979 television movie Brian’s Song which also earned him an Emmy nomination.

However, it was his role as hot-headed Sonny Corleone in Coppola’s 1972 mafia drama The Godfather that stands out among the rest, notably for the memorable cinematic moment when Sonny is killed in a hail of gunfire at a toll booth. Caan was nominated for an Academy Award for Best Supporting Actor for his performance in the film.

Caan reprised his role as Sonny in a flashback scene for The Godfather Part II in 1974.

Some of Caan’s other notable roles include famed novelist Paul Sheldon in Rob Reiner’s 1990 psychological thriller Misery, a professional safecracker trying to escape his life of crime in Michael Mann’s action thriller Thief (1981) and as Buddy the Elf’s estranged father in the family Christmas comedy Elf (2003).

Following the news of his passing tributes from across the entertainment world began to pour in for the legendary on-screen tough guy.

Al Pacino, who starred alongside Cann in The Godfather, issued a statement calling Caan his “fictional brother and my lifelong friend”.

“It’s hard to believe that he won’t be in the world anymore because he was so alive and daring. A great actor, a brilliant director and my dear friend. I’m gonna miss him,” Pacino said.

Misery director Rob Reiner offered his “love to the family” in a statement to Twitter.

So sorry to hear the news. I loved working with him. And the only Jew I knew who could calf rope with the best of them. Love to the family.

American horror author Stephen King said he was “very sorry to hear about the passing of James Caan”.

Very sorry to hear about the passing of James Caan, who gave an Oscar-worthy performance as Paul Sheldon in Rob Reiner’s exceptional film version of MISERY.

I’m heartbroken to hear of Jimmy’s passing. Shocked. No words. Thank you, Jimmy. Love you, your ‘Kat’ @James_Caan

My second acting job was w @James_Caan. He was so much fun. From that moment on he always had my back. Jimmy, I treasure every second ???? Go with God. Sharon pic.twitter.com/2F1JN0rICk

Caan is survived by his five children.