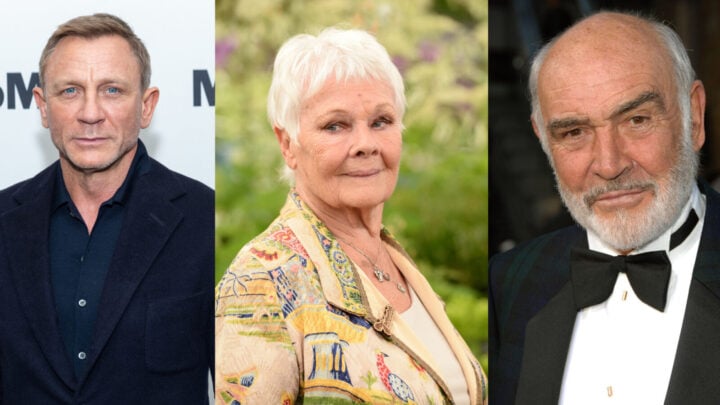 The best British film stars have been named - where does your favourite rank? Source: Getty

A new survey has revealed the top 10 male and female British film stars of the 21st-Century, with Tom Hardy and Judi Dench taking out the top spots.

In celebration of St.Georges Day, Showcase Cinemas conducted a survey of British film fans seeking to name the country’s best movie star and the best film of the century.

While Britain’s best female film star was awarded to 86-year-old Dame Judi Dench for her role as M in the James Bond franchise and starring performances in movies such as The Best Exotic Marigold Hotel, Philomena and Iris. In second place is was oscar-winning Olivia Coleman known for her roles in The Favourite and The Crown.

According to Yahoo, nine out of 10 voters said they felt a sense of pride when seeing a British film win an award – which given the quality of stars on the list, we can understand. Mark Barlow, UK General Manager for Showcase Cinemas said, “our study to celebrate the very best of British just goes to show how much talent there is amongst our filmmakers and actors.”

The title for best 21st-century British film went to the Harry Potter Series, with Bridget Jones’s Diary and Les Miserables coming in at second and third.

The full list of male and female stars and the top films are below.

The Top 10 male British film stars of the 21st Century

The Top 10 female British film stars of the 21st Century

The Top 10 British films of the 21st Century

Who isn't on the list that you think should be?