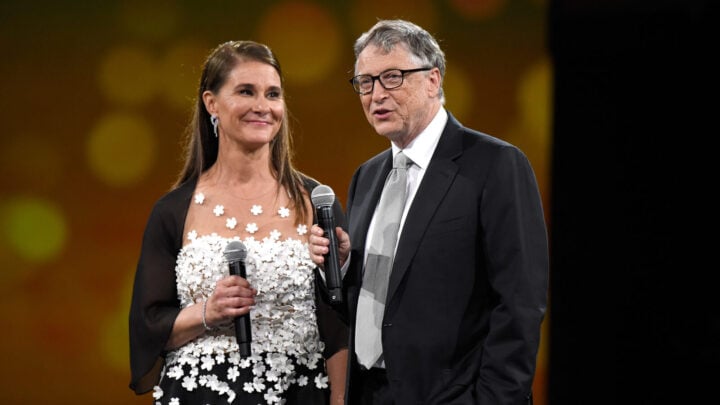 Bill and Melinda Gates announced the sad news of their separation on Tuesday. Source: Getty

Power couple of the tech and philanthropic worlds, Bill and Melinda Gates, have announced they are divorcing after 27 years of marriage.

The billionaire founder of Microsoft released a joint statement via his Twitter account on Tuesday morning, saying the couple no longer believe they can “grow together” and were instead going towards the next phase of their lives separately. The statement asked for space and privacy as they move forward.

Bill, 65, and Melinda, 56, met in 1987 while Melinda was an employee of Microsoft. In a recent Netflix documentary, Bill revealed that the early days of their relationship were far from conventional, and he even drew up a “pros and cons” list of marrying Melinda.

In the three-part series, titled Inside Bill’s Brain, the couple revealed that they originally weren’t that serious about each other, with Melinda dating other men while Bill focused on Microsoft. “She had other boyfriends, and I had Microsoft,” joked Bill in the series.

But after a year of casually dating, the pair realised they were in love and went on to marry in 1994. The couple have three children together, Jennifer, 25, Rory, 21, and Phoebe, 18.

In 2000, the power duo founded their non-profit Bill & Melinda Gates Foundation, which aims to fight poverty, disease and inequity around the world. In the joint statement, the pair said they would continue to work together at the foundation.

“Over the last 27 years, we have raised three incredible children and built a foundation that works all over the world to enable all people to lead healthy, productive lives,” the statement read. “We continue to share a belief in that mission and will continue our work together at the foundation, but we no longer believe we can grow together as a couple in this next phase of our lives.”

The details of the couple’s divorce settlement have not yet been made public.

Does this development surprise you?