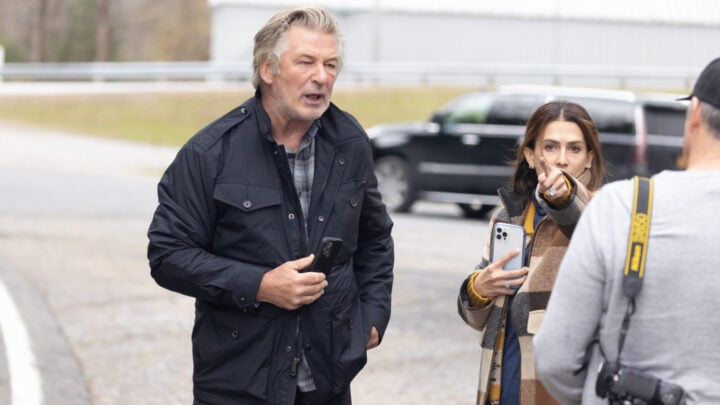 The Baldwin family has been slammed on social media after photos showing them celebrating Halloween were shared on Instagram.

The pictures emerge only days after allegations that Alec Baldwin accidentally fatally shot cinematographer Halyna Hutchins on the sets of the upcoming movie Rust.

Hilaria Baldwin shared the pictures on October 31, the family are seen smiling in their themed costumes. Hilaria captioned the post, “Parenting through this has been an intense experience, to say the least. Today, we rallied to give them a holiday. Last min costumes…a little hodge-podge…but they were so happy and that warmed my mama heart”.

“Lord!!! I cannot even imagine the chaos! But you two are doing a good job. Giving them a great childhood.”

“I love you guys so much… to be going through what you guys are going through, yet still have the ability to muster up the strength to have a holiday… these kids will for sure look back and know what amazing parents the two of you were.”

“Sending you big hugs. They are so lucky to have you.”

However, others were quick to condemn the photos, questioning the timing of the post.

“They shouldn’t post. Very insensitive to the victims family. And unnecessary.”

“Celebrating Halloween is one thing … posting it is another. I have no words.”

“The rules are different for Hollywood Elite. They don’t apply!”

“Exactly so incredibly insensitive to post publicly when that poor boy will never have a holiday the same again.”

“Kids are kids. The pic should have been kept private in the circumstances.”

Baldwin’s daughter, Ireland also received backlash for her own Halloween themed Instagram posts. She appeared in the photos oozing fake blood alongside the caption, “So we stayed in for Halloween this year”.

“There are reporters and paparazzi hanging out all over my street being super fun and invading all my privacy which is always a good time.

“We didn’t think we would celebrate, but we found some old costumes and blood, ate really good food, drank tequila, had a couple friends over, watched a scary movie and had 0 trick or treaters…. How was your Halloween? Raise your hand if you went as squid game this year.”

Followers were again quick to condemn the photos with one commentator simply writing, “Vile”.

One user also questioned the timing of the post, “How about not this year?”.

“How freakin tone deaf are you? Sorry but this is so wildly inappropriate and insensitive. Grow up Ireland.”

“Pretty thoughtless “costume” to post, considering the circumstances. Did it ever occur to you that you could’ve enjoyed all those activities you mentioned without posting them to social media?”

What are your views on the photos in light of recent events?