Calls for Aussie city with ‘shocking past’ to change its name 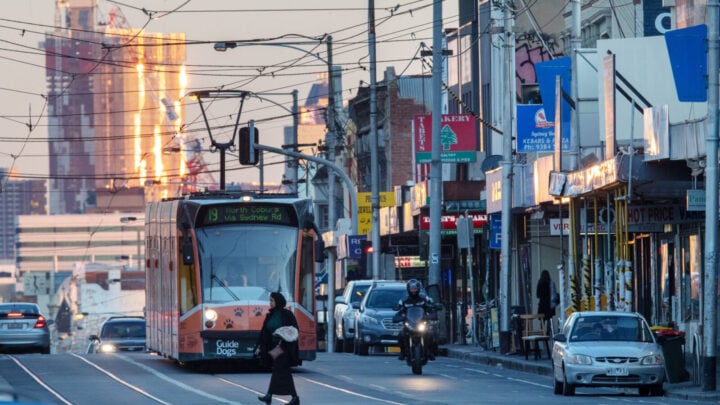 A City Council in Melbourne has been asked to consider a rename, following horrific revelations about the history of its name. Source: Getty

Changing a town’s name isn’t very common. Officially, it’s only happened 23 times since Australia’s federation in 1901. But now, a move to change the name of one Aussie city is sparking intense debate, after the new Mayor denounced the current name as “painful, uncomfortable and very wrong”.

Moreland City Council yesterday, November 24, released a statement saying that they are considering a name change for the Victorian town, following the emergence of shocking new information about the history behind the town’s name.

The calls come after the council was presented with evidence that Moreland was named after land that was acquired by Farquhar McCrae, in 1839. McCrae named the land, between Moonee Ponds Creek and Sydney Road, in honour of the Jamaican slave estate his father, and grandfather, operated between 1770 and 1796.

In any given year, the plantation, which dealt in sugar, rum and slave trading, was run by 500 to 700 enslaved people.

According to a media release published by Moreland City Council on November 24, “the land … was sold to Farquhar McCrae without the permission of the traditional owners, who were suddenly dispossessed from their land.” Elders and Traditional Owners of the land that Moreland is situated upon, the Wurundjeri people, were among those presenting this information to the City Council.

Since this information was released, the council has taken serious action to remediate the issue, with freshly-minted Mayor, Councillor Mark Riley, releasing a statement:

“We are shocked and deeply saddened to learn that 27 years ago, Moreland was named after a slave estate. The history behind the naming of this area is painful, uncomfortable and very wrong. It needs to be addressed.

“Moreland stands firmly against racism, we are one community, proudly diverse. Council is committed to working with Wurundjeri people and we take the request very seriously.”

Cr Riley also shared that a new name for the City Council will be developed after a full consultation process with the Moreland community, with a report being developed to be presented at the next Council meeting. However, while this fast action is based in good intentions, only the State Government can make the change official.

“This important issue aligns with our commitment to reconciliation and human rights. In October 2021, Council signed a Statement of Commitment to Wurundjeri Woi-wurrung People and Aboriginal and Torres Strait Islander Communities of the City of Moreland. This Commitment sets out our vision for reconciliation. It also outlines our support and commitment to a process towards local, regional or national Treaty or Treaties that protect the rights of Aboriginal and Torres Strait Islander Australians,” Cr Riley said.

This action by Moreland City Council is in keeping with the Statement of Commitment to Indigenous Australians that was signed  together with First Nations Communities in Moreland, in May 1998. The COuncil reports that “commitments will be included into the 2021-2024 Moreland Human Rights Implementation Plan.”

What do you think Moreland should be renamed as?