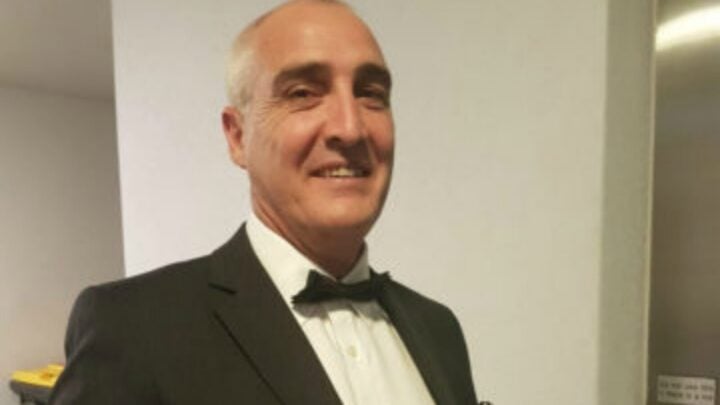 Guy Andrew was last seen on Sunday driving in the direction of Mount Coot-tha. Source: Getty.

Today’s news is off to a grim start with the body of high-profile judge Guy Andrew believed to have been found, five days after he was reported missing. Late on Thursday, Queensland Police said that the body of a man had been found, but did not confirm his identity.

“Police coordinating a search operation for a 55-year-old man reported missing on October 4 have located the body of a man late this afternoon,” Queensland Police said in a statement. “The body has not yet been formally identified.”

Andrew was last seen on Sunday driving in the direction of Mount Coot-tha where it’s understood he regularly takes a morning walk. His vehicle was located that afternoon around 2pm at Dillon Road, The Gap.

Turning our attention to Covid-19, Victoria recorded 11 new cases over the past 24 hours and no further deaths, which is good news. Metropolitan Melbourne’s 14-day rolling average has also fallen once again to 9.4. This figure must fall below five by October 19 in order for the city to ease restrictions.

“It is respectfully submitted that the Board ought to treat with caution the Premier’s evidence where he sought to explain the reference to the use of private security in the hotel quarantine program,” she said.

Meanwhile, NSW recorded 10 more cases overnight, with five of them locally acquired and five other cases from overseas travellers.

“Four of the new locally acquired cases reported today are associated with the private health clinic cluster,” NSW Health said in a statement Friday morning. “Three of these are household contacts of a case reported yesterday and the fourth is a co-worker of a case reported yesterday. There are now seven cases associated with this cluster. Investigations into its source are ongoing.”

Meanwhile, speaking at a press conference, NSW Premier Gladys Berejiklian added: “We certainly don’t want to see these clusters grow. Importantly, four that were identified overnight in relation to the private clinic, three of those are in one household, which is of some comfort given that it is not multiple sources at this stage. Obviously we are concerned because, as you see on the list of venues, they are across a wide range of suburbs.”

And all eyes were on Opposition Leader Anthony Albanese last night as he delivered his Budget reply speech, where he criticised the Morrison government’s approach to the aged care system. Albanese said the Budget has done nothing to ensure aged care residents have enough nurses and carers.

“The pandemic has exposed Australia’s vulnerability,” he said. “This has particularly impacted the elderly with more than 670 deaths in aged care, in a system described by the Royal Commission in their one-word title of the Interim Report issued last year, as ‘neglect’.

“This Budget has done nothing to address this neglect and nothing to ensure aged care residents have enough nurses, carers and other staff that they need and deserve. The Royal Commission declared last week there was still no plan for aged care.”

The Budget reply also touched on Labor’s promises to modernise the nation’s electricity grid to better integrate the capacity to transmit renewable energy. The $20 billion, six year plan was to establish a corporation to improve the current grid and build electricity transmission infrastructure to prepare the nation for renewable energy if Labor were to win the next election.