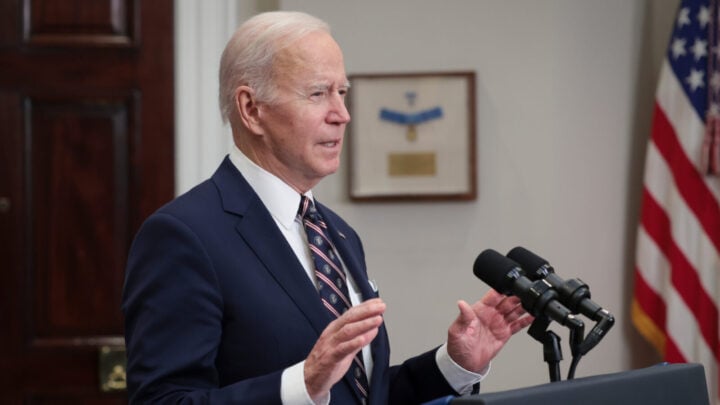 New images have been released of the site where ISIS leader Abu Ibrahim al-Hashemi al-Quraishi was killed.

US special forces have carried out a raid that has resulted in the death of ISIS group leader Abu Ibrahim al-Hashemi al-Quraishi, President Joe Biden has confirmed.

Abu Ibrahim al-Hashemi al-Quraishi took over control of ISIS in 2019, days after former leader Abu Bakr al-Baghdadi died during a US raid in the same region. As US forces approached al-Quraishi he detonated an explosive device killing himself along with members of his family.

Following the operation, Biden delivered a brief statement about the mission from the White House Roosevelt Room.

“He took over as the leader of ISIS in 2019 after the United States counterterrorism operation killed al-Baghdadi.

“Since then, ISIS has directed terrorist operations targeting Americans, our Allies and our partners, and countless civilians in the Middle East, Africa, and in South Asia.

“He was responsible for the recent brutal attack on a prison in northeast Syria holding ISIS fighters, which was swiftly addressed by our brave partners in the Syrian Democratic Forces.

“With no regard to the lives of his own family or others in the building, he chose to blow himself up — not just with a vest, but to blow up that third floor rather than face justice for the crimes he has committed, taking several members of his family with him just as his predecessor did,” he said.

“This operation is testament to America’s reach and capability to take out terrorist threats no matter where they try to hide anywhere in the world.

“I’m determined to protect the American people from terrorist threats, and I will take decisive action to protect this country.”

The Syria Civil Defence (The White Helmets) were among the first on the scene and “recovered the bodies of at least 13 persons, including 6 children and 4 women who were killed in the clashes and bombing that followed the airborne operation”.

“Let me take this opportunity to note that the Department takes seriously our commitment to avoid civilian harm in the course of our operations. This operation was specifically designed and conducted in a manner to minimize civilian casualties. We know that al-Qurayshi and others at his compound directly caused the deaths of women and children last night. But, given the complexity of this mission, we will take a look at the possibility our actions may also have resulted in harm to innocent people,” he said.