‘Life is not perfect’: Boomer calls out young people for complaining so much 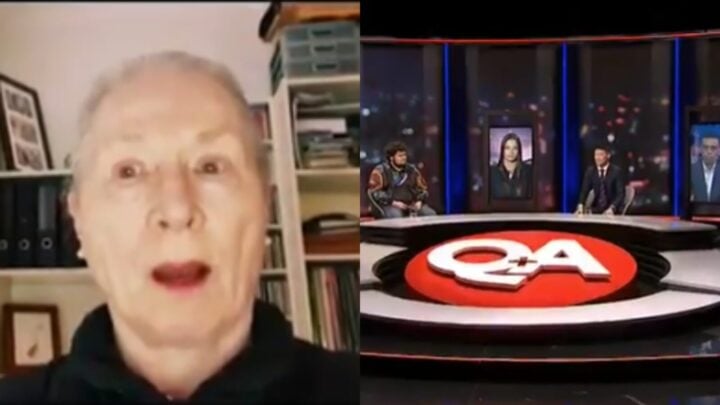 Maria Hreglich didn't hold back during Monday’s episode of Q&A on the ABC. Source: Q&A/Twitter.

A self-proclaimed Baby Boomer has called out young people for complaining about the ongoing coronavirus crisis, claiming life was much harder when she was young.

Maria Hreglich, who lives in one of Sydney’s most expensive suburbs, Mosman, didn’t hold back during Monday’s episode of Q&A on the ABC after she berated young people for being complainers who sacrificed nothing and didn’t know how to get on with life. The ‘generation Covid’ episode focused on the challenges facing young people amid the ongoing coronavirus crisis.

“Why are all these young people complaining?” she asked. “I am the first generation of the Baby Boomers. We did not have very much. We worked hard and saved.

Melbourne youth advocate Ahmed Hassan, who was one of the seven young panellists on the show, didn’t agree with Hreglich, saying: “Young people are suffering so much. They‘re sacrificing as much as they can. They’ve sacrificed their education, their jobs; their mental health is in a very dire state.”

He continued: “What else do you want them to do? Their sporting and hobbies. They‘re staying at home. For the older generation to say we‘ve gone through this and done this. We shouldn’t point the finger.”

Maria from Mosman asks: “Why are all these young people complaining?” #QandA pic.twitter.com/Nc6phr0lqF

Viewers at home also weighed in on the discussion, with the majority disagreeing with Hreglich.

Meanwhile, @GordonNurse2 added: “Not convinced that Maria speaks for the majority of us Boomers.”

However, some agreed with what Hreglich was saying, with @kingtwerp writing: “I agree with most of what Maria is saying. There are far too many young people that consider sport as something important in their lives and a valid career choice. We all need to forget about sport and socialising for a while and focus on what is important in life.”

It’s no secret that Boomers and Millennials don’t always see eye to eye. In fact, last year, Boomers furiously hit back after a report claimed that the living standards of today’s young Australians are being harmed by the effects of an ageing population. The research by the Grattan Institute, which was published in August last year, sparked outrage among many.

While some Starts at 60 readers claimed today’s generation expect their parents to provide financial aid because they’re not prepared to do without – compared to Boomers who worked tirelessly for what they have – more argued that many young Australians who complain about finances have never lived with hardship thanks to their hard-working parents.